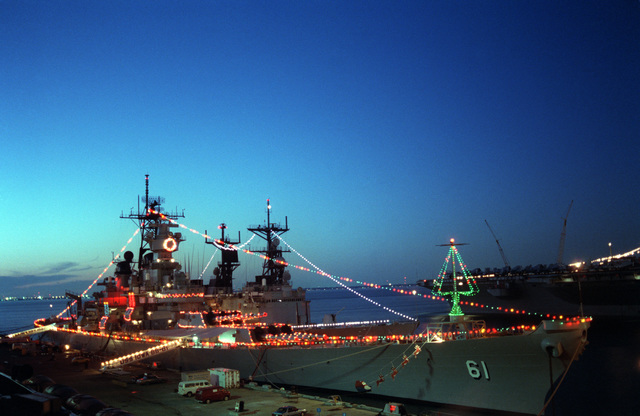 New details have emerged regarding a series of UAP encounters involving US Navy ships off of the coast of California over the month of July, 2019, through FOIA-obtained deck logs from the involved ships. The documents, uncharacteristically redacted, considering they’re listed as unclassified, show that the ships spotted the mysterious objects on at least two more nights than previously stated, conducted at least two anti-drone exercises in the days following the encounters, and one UAP encounter on July 30 involved events that prompted the file to be nearly entirely redacted.

In March 2021, The Drive reported on unclassified deck logs they obtained through the Freedom of Information Act (FOIA) from four US Navy ships that were paced by numerous unidentified drones on the nights of July 14, 15, 25 and 30, 2019. The crews of the four Arleigh Burke class destroyers that were involved made extensive direct visual sightings and recordings of the vehicles, along with radar and infrared tracking of the objects.

Although the drones did not exhibit any unusual flight characteristics, they demonstrated the ability to hover over the area for more than three hours (commercial drones capable of hovering typically have a total flight time of only around one half hour, less than one-sixth the time these objects would have to have been airborne) along with the ability to disappear from radar, and on at least one occasion one of them was filmed entering the ocean. Despite an extensive investigation into the incidents that went all the way up the Navy’s chain of command to the Chief of Naval Operations that also involved the Coast Guard and FBI, the identity of whoever was operating the vehicles was never determined.

The new documents obtained by The Drive show that more encounters occurred, now expanding to the nights of July 17 and 23, along with new details on the events of July 30; the ships also conducted daylight counter unmanned aerial system (UAS) training exercises on July 20 and 24, involving both the use of conventional weapons and radio-frequency jammers. The logs, despite being unclassified documents, have portions of them redacted, very heavily so in the case of a July 30 encounter; FOIA rules allow for technical data that has military applications to be exempt from release; presumably, this is the case for the excised material in the ships’ logs.

The documents also included a map of the positions of the USS Paul Hamilton (DDG-60) dated July 17, although The Drive journalists Adam Kehoe and Marc Cecotti note that the map appears to match the Hamilton’s positions for the night of July 14-15. The text of the map is heavily redacted, with only the color coding for the Hamilton and the UAS objects remaining visible; without access to the rest of the document’s legends and annotations it is impossible to resolve what events each of the markers on the map refer to.

On the morning of July 17, the USS Russell’s (DDG-59) log reports the spotting of a UAP at 01:45: “DRONE SPOTTED 230°T, 285°T”; no further details were provided by the log, so this may have been an otherwise uneventful encounter.

However, on the morning of July 20 the crew of the Russell conducted what was referred to in the log as a “COUNTER UAS EXERCISE”, starting at roughly 09:30, that involved the ship’s 5-inch gun; the exercise was concluded shortly before noon, with two misfires occurring, due to a “FAULTY FIRING PIN”. The exercise appears to have simply been a drill; no mention of contact with UAPs or UASs is mentioned in the log.

Just before 21:00 (9:00 PM) on July 23, the Russell’s log reports that another UAS was spotted, prompting the deployment of the ship’s SNOOPIE team (Ship Nautical Or Otherwise Photographic Interpretation and Exploitation). SNOOPIEs are “sailors who are charged with collecting information on surface and air contacts that come in close proximity to a U.S. Navy vessel,” according to the USN website. These crewmembers are assigned photographic equipment, and when dispatched act as an on-deck reconnaissance team, gather first-hand intel on the intended target. An hour later the log reports that flares were spotted roughly 7 nautical miles (8 miles or 13 km) from the ship’s position, although there is no indication that this event was connected to the earlier UAS sighting.

The next day a team called “THE GHOSTBUSTERS” was deployed to conduct a short, 8-minute counter-UAS exercise; once again, this is simply labeled as an “EXERCISE” with no UAP/UAS contacts mentioned. Ghostbuster teams are equipped with rifle-like firearms that project highly-directional radio-frequency jamming signals intended to disrupt the operation of remote-controlled drones. This is the first mention of such a unit on board the USS Russell, so it is unclear as to whether they were already part of the ship’s inventory, or if they were brought on board in response to the appearance of UAPs in the weeks prior.

The USS Russell’s ghostbusters were called on again in the early morning hours (01:19) of July 30; however, virtually all of the log’s entries over the next two hours were redacted, with the entries returning to normal after 03:00. During this time the USS Kidd (DDG-100) and USS Paul Hamilton dispatched their own SNOOPIE teams to document the sighting of unidentified drones, at 02:16 and 03:34, respectively, although no other details were recorded by either ship. At 10:34 the next morning the Russell recorded the deployment of their ghostbuster and SNOOPIE teams, along with the ship’s “SCAT” (Small Craft Action Team).

“SCAT is a team consisting of crew-served weapons machine gun operators that provide 360-degree coverage of the ship, an anti-terrorism tactical watch officer and a gunnery liaison officer,” according to anti-terrorism officer Lieutenant JG Frank Smeeks. “They are called away as a pre-planned response to threats the ship may face like a small boat attack or low, slow flyer.”

Deck logs from the USS Russell show that an unidentified admiral came aboard the ship on July 22; although this event was just before counter-UAS training exercises began on the 24th, it is not known if the two situations were connected. The admiral departed the ship on July 31, with little indication as to the nature of their stay.

Although the logs are scant on details, and appear to raise more questions than answers, they do speak toward a complexity surrounding the US Navy’s 2019 UAP encounters. Also, if The Drive’s Kehoe and Cecotti are correct in their assumption that the map of the Hamilton’s route was from July 14-15 and not the 17th, was this further documentation of the transmedium object that was recorded as it entered the ocean?

Subscribers, to watch the subscriber version of the video, first log in then click on Dreamland Subscriber-Only Video Podcast link.
2021-12-25
Previous Headline News Post: Happy Holidays from Around the Solar System!
Next Headline News Post: The Mystery Behind the Rejuvenating Effects of Young Blood May Have Been Unlocked