The U.S. Navy Continues to Encounter UFOs Along California Coast 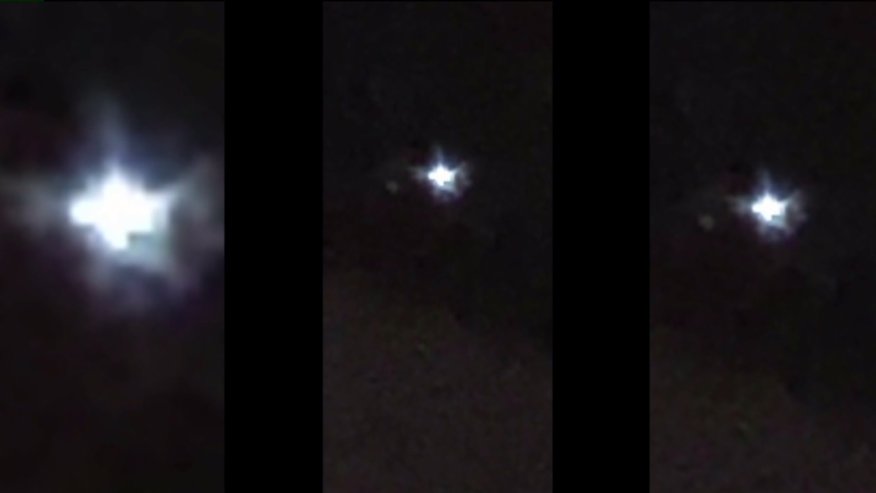 A Freedom of Information Act request by the Drive has uncovered a more recent series of encounters with UFOs by US Navy vessels off the coast of California, in the same vicinity as the now-infamous 2004 Nimitz encounters, this time involving the crews of four USN destroyers in the summer of 2019. The encounters sparked an investigation that went up the Navy’s chain of command to the Chief of Naval Operations, and also involved the Coast Guard and Federal Bureau of Investigation.

Investigating the initial discovery of the incidents made by documentary filmmaker Dave Beaty last year, The Drive obtained the deck logs of the four ships through FOIA requests, enabling their reporters to piece together a timeline of the encounters. These incidents occurred over the nights of July 14, 15, 25 and 30, 2019, involving visual sightings of numerous objects by the crews of four Arleigh Burke class destroyers: USS John Finn (DDG-113), USS Kidd (DDG-100), USS Rafael Peralta (DDG-115), and USS Russell (DDG-59).

Although the account related to Beaty was third-hand, an unidentified crewmember of the USS Kidd told him that his crew encountered a UAP (unidentified aerial phenomenon) while operating in the Southern California OPAREA region, near San Clemente Island. In a June 10, 2020 tweet, Beaty posted “Regarding 2019 USS Kidd UAP – #Theywerehovering Navy vet said his friend said , ‘he could see them with the naked eye and they were almost eye level with the bridge hovering. They were the same tic-tac shaped objects.’ This is in the same area the Nimitz Encounters took place.”

Beaty followed up with “He added ‘Calling away the Snoopie Team in US waters is definitely not something normally done and doing so at night is really unusual. The teams main purpose is to help ID a vessel of interest or document something unusual about a vessel or aircraft.'”

SNOOPIE (a backronym standing for “Ship’s Nautical Or Otherwise Photographic Interpretation and Examination”) is a team of “Sailors who are charged with collecting information on surface and air contacts that come in close proximity to a U.S. Navy vessel,” according to the USN website. Basically, these crewmembers are assigned photographic equipment, and when dispatched act as an on-deck reconnaissance team, gathering first-hand intel on the intended target.

The Drive’s investigation found that initial contact was made by the USS Kidd on July 14, 2019, just before 10:00 PM, with the deck log entry saying “Away SNOOPIE team for 2 UAVs.” The ship was then put under an EMCON 1 (emissions control) condition, a series of protocols designed to minimize the ship’s electronic emissions profile.

Shortly afterward, the USS Kidd informed USS Rafael Peralta about their situation, dispatching their own SNOOPIE team shortly afterward in response to a report from the USS John Finn, having also spotted two UAVs, along with a red flashing light.

At 11:23 PM the USS Rafael Peralta reported that there was a “white light identified hovering over ship’s flight deck”, with the object keeping pace with the ship while it was moving at 16 knots (18.4 mph, or 29.6 km/h), with visibility reduced to 1 nautical mile (1.15 miles, or 1.85 km). By this point, the encounter had lasted for over 90 minutes, requiring the objects to be in the air for a great deal longer than what can be achieved with commercially-available drones.

The following night (July 15) at 8:39 PM, USS Rafael Peralta again activated its SNOOPIE teams after spotting another object, with the USS Kidd following suit at 9:00 PM, reporting “multiple AVs around ship” 20 minutes later. During this encounter, the USS Kidd appears to have deployed their onboard Mark 87 Electro-Optical Director, an infrared weapons targeting system that can also be used for surveillance purposes. The ship’s logs describes the motion of the objects this time, moving forward and backward, left and right.

The USS Rafael Peralta was in contact with the cruise ship Carnival Imagination, who informed the destroyer that they were observing the objects as well, but had none of their own onboard drones deployed at the time. The USS Russell spotted the last drone of the night, just before midnight. Despite the observations made during the three-hour encounter, in addition to the 90-minute display the previous night, none of the four warships were able to identify the enigmatic intruders.

According to emails obtained through The Drive’s FOIA request, an investigation into the incidents started no later than July 17, with a July 18 email between a Navy liaison to the Coast Guard requesting an update on the civilian vessels involved, citing “higher-level visibility” within the ranks; the email was CC’ed to the Commander of the U.S. Pacific Fleet (COMPACFLT). A special agent with the Naval Criminal Investigative Service (NCIS) became involved, who communicated with a Coast Guard colleague that the information on the case would be sent to not only the aforementioned COMPACFLT commander, but also the Chief of Naval Operations (CNO), the Navy’s top officer and a member of the Joint Chiefs of Staff.

The investigation first turned to the ORV Alguita, a for-charter oceanic research catamaran operating in the area during the encounters; however, the Alguita’s on-board complement of commercially-available Phantom 4 drones lacked the range necessary to reach the destroyers, and can only operate for roughly 30 minutes before their batteries need to be recharged. The investigation also found that no known government drones, military or otherwise, had been operating on the night of the 14th; with no viable leads, the investigation appears to have stalled by July 25.

But at 1:18 AM on July 25 the USS Kidd scrambled SNOOPIE teams in response to yet another UAV sighting; the logs for this encounter offer few details, with the SNOOPIE team standing down a half hour later. The scenario repeated itself on July 30 at 2:16 AM, with the encounter having concluded by 3:27 AM; once again, no extra details were offered in the USS Kidd’s logs.

The question remains as to who was operating up to six vehicles within close proximity of US Naval vessels, with a power source that could allow the hover-capable vehicles to operate for over three hours, combined with tracking capabilities that could allow them to maintain position over a ship traveling at 16 knots in poor visibility. Additionally, despite the hours spent observing the mysterious intruders, neither the crews nor the surveillance systems of any of the four warships were able to identify the objects. Hopefully, more information will be revealed in the near future, not only in regards to this incident but also for other encounters, as part of an unclassified report due to be delivered to Congress in early June.

Subscribers, to watch the subscriber version of the video, first log in then click on Dreamland Subscriber-Only Video Podcast link.
2021-03-28
Previous Headline News Post: Melting Glaciers Linked to More Frequent Earthquakes in Alaska
Next Headline News Post: Within the Molecular Structure of COVID-19 Variants Lies the Key to Their Defeat