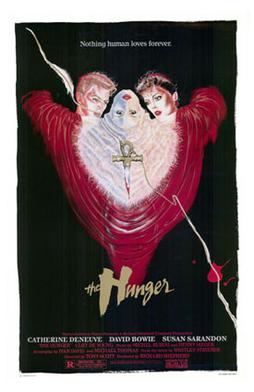 Since the 2005 discovery that the infusion of blood from young mice will rejuvenate the tissues of older mice, researchers have been searching for the secret ingredient that produces the effect of regenerating muscle and liver and other tissues in the recipients. Sixteen years later, a research team with the University of Pittsburgh believes they may have solved this mystery, through the genetic instructions produced by our cells.

The research team, headed by Fabrisia Ambrosio, the director of rehabilitation at the University of Pittsburgh Medical Center International, explored the possibility that the key component that enables young blood to rejuvenate older tissue had something to do with the presence of a component in our blood called extracellular vesicles (EV), small virus-like particles that are naturally released from almost all types of cell. These EVs contain packets of proteins, nucleic acids, lipids and other metabolites “that [are] really a reflection of the originating cell state,” according to Ambrosio.

The researchers conducted experiments where elderly mice were injected with the blood of young mice, with some of the infusions containing EVs and some without. The mice that received the EV-infused blood experienced the intended anti-aging effect, while the infusions without EVs failed to produce any benefit, suggesting that it was something in the EVs that was responsible for what they were seeing.

Looking deeper into the individual components the EVs contained, Ambrosio’s team compared extracellular vesicles from the blood of both old and young mice, and found that young blood EVs contained a large amount of genetic instructions in the form of mRNA strands coded for the production of an enzyme called klotho, a component that wasn’t as abundant in the older blood.

Named for Clotho, the spinner of the thread of life amongst the Three Fates of Greek mythology, α-klotho proteins have been associated with the suppression of oxidative stress and inflammation, with β-klotho proteins providing a protective effect for heart muscle cells; both types of klotho are also associated with improved learning and memory, and anti-aging effects in general.

“The EVs, as we get older, seem to lose the number of Klotho transcripts,” Ambrosio explains. “This is true in mice and it’s also true in humans, though we don’t really understand why exactly that is.” Klotho also appears to be important for the maintenance of mitochondria, a component in our cells that converts glucose and oxygen into adenosine triphosphate (ATP), a source of chemical energy used to power the processes with our cells; mitochondria are also linked with the ability of stem cells to form new muscle tissue, a process that diminishes with age.

Instead of new muscle cells, in the absence of klotho “we see that there’s scar tissue accumulation, and this is pretty much a characteristic of age tissue healing throughout our body, not just skeletal muscle,” Ambrosio explains.

Although the research team’s focus was the effect of klotho on muscle tissue, Ambrosio says that “we know that age-related declines in Klotho levels are also associated with a decrease in cognition and brain health over time,” in addition to a similar effect on numerous other tissues and organs. She is looking to one day expand her research to studying the potential therapeutic effects of klotho-based treatments on the elderly.