WHO Calls for Investigation Into Lab-leak as Possible Coronavirus Origin 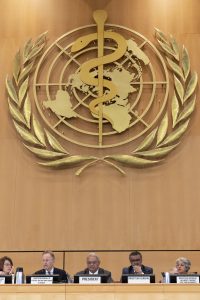 The World Health Organization group tasked with tracking down the origin of the coronavirus responsible for the COVID-19 pandemic is strongly recommending that a deeper investigation be made into the possibility that the SARS-CoV-2 virus may have been released into the public through a laboratory accident. This follows the group’s assertion, after their investigation in China early last year, that the lab–leak hypothesis was “extremely unlikely”, a view that garnered criticism that the WHO was downplaying the possibility of such a scenario.

In a report released on June 9 the WHO’s Scientific Advisory Group for the Origins of Novel Pathogens (SAGO) said that they “remain open to any and all scientific evidence that becomes available in the future to allow for comprehensive testing of all reasonable hypotheses,” but that they were still missing “key pieces of data” that could prove useful in uncovering the true origins of the pandemic.

Aside from the normal difficulty of tracing the origins of a virus with a zoonotic source—it took 15 years to track down the origin of the coronavirus responsible for the 2003 SARS outbreak—the Chinese government has resisted calls from the international community for a deeper probe into the pandemic’s origins, preventing the investigation of labs such as the Wuhan Institute of Virology, a biosafety level 4 (BSL-4) facility that studies emergent pathogens like the SARS-CoV-2 coronavirus.

“All hypotheses must remain on the table until we have evidence that enables us to rule certain hypotheses in or out,” WHO Director-General Tedros Adhanom Ghebreyesus said during the Member State Information Session on COVID-19 on June 9.

The call for a more thorough investigation into the lab–leak hypothesis has been met with significant pushback from Chinese officials, who responded by calling the idea a “lie”.

“The lab leak theory is totally a lie concocted by anti-China forces for political purposes, which has nothing to do with science,” said Foreign Ministry spokesperson Zhao Lijian, in reaction to the WHO report.

“We always supported and participated in science-based global virus tracing, but we firmly opposed any forms of political manipulation,” Zhao added, despite also having called for similar investigations into “highly suspicious laboratories such as Fort Detrick and the University of North Carolina” in the same statement.

Although Zhao said that China had an “open, transparent and responsible attitude,” and supports “the work of the WHO and the advisory group,” some top WHO insiders were “upset over how China sought to clamp down on research into the origins of COVID-19,” according to an investigation conducted by the Associated Press.

The results of a joint report on the origins of the coronavirus from five US intelligence agencies released last fall were also inconclusive: although the overall conclusion was that the coronavirus had a natural origin, one of the agencies involved couldn’t rule out the lab–leak hypothesis; the only consensus reached in the report was that the Chinese government was unaware of the virus before the December 2019 outbreak in Wuhan, and that the SARS-CoV-2 virus was not engineered as a bioweapon.