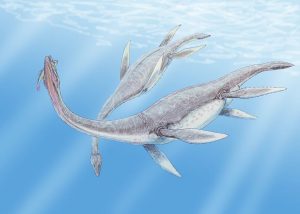 A new discovery regarding the nature of ancient plesiosaurs has prompted several scientists to declare that the existence of the legendary Loch Ness Monster is “plausible”, at least in regard to the elusive cryptid’s chosen freshwater habitat.

The discovery in question involves the recovery of small plesiosaur fossils in a 100 million-year-old freshwater river system located in modern-day Morocco. Although the region has since been replaced by the very arid Sahara Desert, the researchers that discovered the fossils were surprised to find the remains of the aquatic reptiles in what was once fresh water, considering that up until now plesiosaurs were believed to have dwelt exclusively in the ocean.

Although it mightn’t seem like a major distinction, the idea that Scotland’s Nessie might be a type of plesiosaur (or at least a distant descendant of one) was implausible to some, since Loch Ness is a cold inland freshwater lake, an environment that ancient plesiosaurs were unlikely to inhabit.

“It’s a bit controversial, but who’s to say that because we paleontologists have always called them ‘marine reptiles’, they had to live in the sea? Lots of marine lineages invaded freshwater,” remarked study co-author Dr. Nick Longrich, a paleontologist at the UK’s University of Bath.

Throughout the centuries, witnesses who reported that they spotted Nessie often describe what would appear to be a plesiosaur: a small head atop a long, slender neck, followed by a sleek body flanked by four flippers, and ending in a long tapered tail. However, the results of a genetic survey of the famous loch released in 2019 suggest that the mysterious cryptid may instead be a giant eel, a creature that could also account for Nessie’s somewhat serpentine appearance.