The CIA and Pentagon are Investigating Potential ‘Havana Syndrome’ Attacks 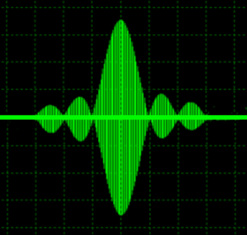 The Central Intelligence Agency and the Defense Department are investigating potential cases of what is known as “Havana syndrome”, the result of what appear to be attacks that are affecting U.S. government personnel around the world, including at least two cases that have occurred on U.S. soil, with one of these incidents having taken place disturbingly close to the White House.

Although no clear conclusions have been reached so far, defense officials briefed members of the Senate and House Armed Services Committees on the cases in early April, including two occurrences that took place within the United States. The first of these incidents involved a White House staffer that was walking her dog in an Arlington Virginia suburb in 2019; during the stroll, the alleged victim had passed a parked van when a man exited the van and walked past her. She reported that her dog seized up just before she experienced a high-pitched ringing in her ears, an intense headache, and a tingling on the side of her face. The staffer reported to the Secret Service that she had experienced similar symptoms in a hotel room during an official trip to London, England; however, the symptoms stopped when she exited the room.

The second incident happened to a National Security Council member in November 2020 near The Ellipse, an oval-shaped park located just to the south of the White House. Few details have been released regarding this incident, although it is believed that the involvement of an NSC member is the reason why the Committee briefing was delivered by the Defense Department, rather than someone from the intelligence community or the FBI.

Initially speculated to have been caused by a sonic weapon due to the experience of strange audio phenomena reported by many of the patients before their symptoms set in, “Havana syndrome” is a phenomenon that began affecting embassy workers stationed in Havana in 2016, with at least 24 members from the American embassy reporting a range of concussion-like symptoms that included hearing loss, headaches, nausea, and tinnitus. A number of those affected also showed physical signs of brain swelling and concussions, and had difficulty with mental concentration and common word recall. The same phenomenon would later afflict several staff members at the Consulate General of the United States in Guangzhou, China in 2018.

Medical scans of the affected diplomats revealed specific damage to their brains’ white matter tracts, a factor that eliminated sonic weapons as a potential culprit, as sound waves are not capable of causing such damage to specific brain structures while leaving the surrounding tissue untouched. A National Academy of Sciences report released in December 2020 found that the most likely cause of these injuries were due to exposure to pulsed radio frequency energy, with the victims’ symptoms resembling those exhibited by US embassy workers in Russia who were affected by microwave-based surveillance devices during the Cold War.

These attacks also appear to extend beyond U.S. diplomats and embassy staff, with intelligence and military personnel having been stricken, including Marc Polymeropoulos, a senior CIA official who was paralyzed by the symptoms one night in late 2017 while on assignment in Moscow. A group of Canadian diplomats who report having suffered symptoms since serving at the Canadian embassy in Cuba are petitioning Canadian Foreign Affairs Minister Marc Garneau to release currently-withheld information regarding more than two dozen recent cases of Havana syndrome. Their letter to Garneau cited a briefing that stated that “Dalhousie University has assessed an additional 25 Canadian diplomats for brain injuries since March 2020,” despite Global Affairs Canada’s official stance that there has been “no new incidents since the early fall of 2017.”

In the U.S., the current series of investigations into the phenomenon was spearheaded by former acting defense secretary Chris Miller, resulting in the formation of a task force charged with tracking reports of Havana syndrome-like symptoms affecting overseas Defense Department personnel.

“I knew CIA and Department of State were not taking this sh*t seriously and we wanted to shame them into it by establishing our task force,” Miller told CNN during an interview. Miller stepped up priority of the investigation when he discussed the issue with an alleged victim with extensive combat experience.

“When this officer came in and I knew his background and he explained in an extraordinarily detailed but more military style that I could understand, I was like this is actually for real,” according to Miller. “This kid had been in combat a bunch and he knew.”

“There is nothing that the Secretary of Defense takes more seriously that the safety, health and welfare of our personnel serving around the globe in defense of our values and freedoms,” Pentagon press secretary John Kirby said in a statement. “Any concerns on issues that call that into question are thoroughly reviewed, and the appropriate actions are taken to mitigate risks to our personnel.”

Subscribers, to watch the subscriber version of the video, first log in then click on Dreamland Subscriber-Only Video Podcast link.
2021-05-03
Previous Headline News Post: Space Exploration News: The First Aircraft to Fly on Mars, and the Passing of Astronaut Michael Collins
Next Headline News Post: A Billion-Year-Old Multicellular Fossil Has Been Found