A Billion-Year-Old Multicellular Fossil Has Been Found 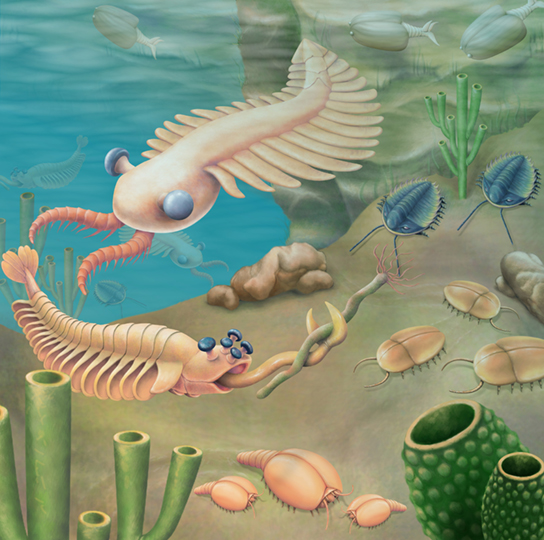 Researchers recently discovered a fossil of what may be the oldest known multicellular organism, dated to roughly one billion years ago. Although there are a few known multicellular organisms that predated the sudden emergence of complex life 500 million years ago, the discovery of this ancient creature pushes back the timeline of complex life on Earth even further.

At a little under one third the diameter of a strand of hair, these spherical organisms, called Bicellum brasieri by their discoverers, are made up of two distinct types of cell, including an inner mass of spherical cells surrounded by a single outer layer of sausage-shaped cells. Although the function of the cells found in the interior is unknown, the outer layer appears to have acted as a protective skin, with many of the cells aligned in tile-like arrangements of four or more individual units.

These microfossils were discovered in ancient rock layers on the shores of Scotland’s Loch Torridon, a site already known to hold fossils that have been dated to up to a billion years old. B. brasieri itself is part of an ancient group of organisms called holozoa, a group that includes animals and their closest single-celled relatives, but excludes fungi, that dates back at least 1.1 billion years ago. The ancient ancestors of virtually all modern animals began to form multicellular organisms 541 million years ago in a geologically-brief event called the Cambrian Explosion. Although there have been numerous examples of multicellular organisms that existed before this event, many were colonies made up of one type of cell, unlike the two distinctly differentiated cells found in B. brasieri.

“The discovery of this new fossil suggests to us that the evolution of multicellular animals had occurred at least one billion years ago and that early events prior to the evolution of animals may have occurred in freshwater like lakes rather than the ocean,” explains one of the lead investigators, Professor Charles Wellman, from the University of Sheffield’s Department of Animal and Plant Sciences.

Although still primitive compared to modern cellular structures, B. brasieri was already showing capabilities that would eventually evolve into what we’re familiar with today, including “cell-cell adhesion and cell differentiation that may have been incorporated into the animal genome half a billion years later,” according to Wellman’s counterpart from Boston College, Professor Paul Strother.

June 18, 2021
Dreamland Podcast
Dreamland This Week: A Intelligence Officer from the USS Roosevelt Speaks Out about the ‘Gimbal’ UFO Incident
June 15, 2021
New Observations
Ed Conroy and The Report on Communion: The Facts Behind the Most Controversial True Story of Our Time (Part 2)
June 11, 2021
Dreamland Podcast
The Trinity Crash: Jacques Vallee and Paola Harris Uncover an Unknown UFO Crash from 1945
June 9, 2021
The Unseen Podcast
Yvonne Smith Explores Hypnosis and Healing
June 4, 2021
Dreamland Podcast
Beyond 60 Minutes: Grant Cameron on the True Depth of Contact