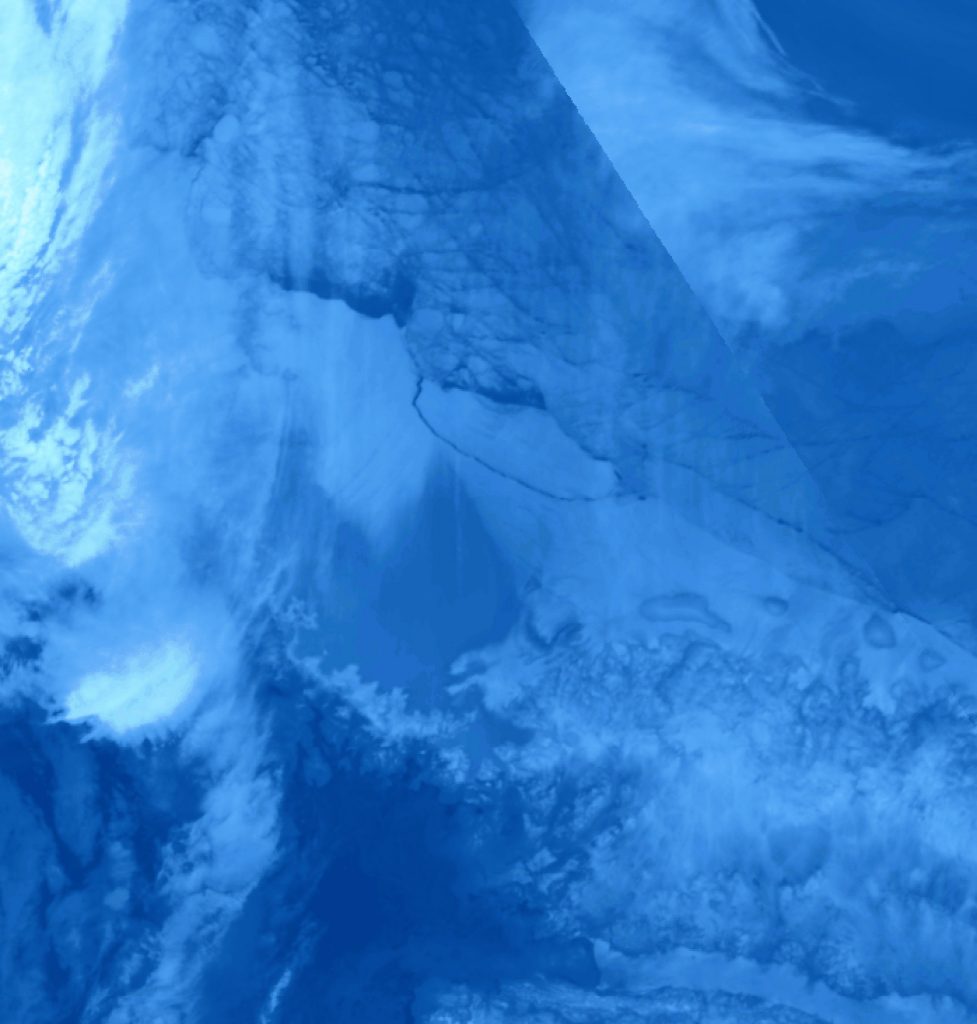 An ice shelf in East Antarctica the size of Rome collapsed on March 15, the culmination of decades of an increasing warming trend seen at both of the planet’s poles. The collapse, announced in a tweet posted by Woods Hole Oceanographic Institute and NASA planetary scientist Catherine Walker, took scientists by surprise, as it is on the continent’s (comparatively) more stable east side, and the ice shelf lacked any major signs that it was about to disintegrate.

Located in Wilkes Land in East Antarctica, the Conger Ice Shelf had already shrunk over previous decades to a 50 by 20 kilometer (31.1 by 12.4 mile) sheet of ice before it disintegrated. Its breakup was preceded by two major calving events that occurred on March 5 and 7, although the collapse itself wasn’t anticipated by scientists that study Antarctica’s glaciers, with experts focusing on the much larger and less stable ice sheets of West Antarctica, like the Thwaites Glacier.

It currently isn’t clear as to whether or not Conger’s final breakup was triggered by the recent temperature spikes recorded across Antarctica in mid March, or if the collapse was the result of the accelerated warming trend seen in both Polar Regions. Satellite imagery of Conger suggests that it may be the latter, with the shelf lacking any meltwater pooling on its surface prior to the breakup, meaning that warm currents from the Southern Ocean may have eroded the ice from underneath.

Although the breakup of ice shelves like Conger don’t make a noticeable contribution to sea level rise—unlike the ice that makes up a land-bound glacier, the ice in an ice shelf is already in the ocean—the ice shelves at the face of glaciers act as plugs that prevent the land-based ice further up the flow from sliding freely into the ocean.

“We need to better understand how the warm period has influenced melt along this whole sector of East Antarctica,” according to Andrew Mackintosh, an ice sheet expert with Australia’s Monash University, referring to the recent heat wave recorded at different points of the continent last month.

Subscribers, to watch the subscriber version of the video, first log in then click on Dreamland Subscriber-Only Video Podcast link.
2022-04-04
Previous Headline News Post: Ukraine Endures Hypersonic Weapon Attacks and Radioactive Thieves at Chernobyl
Next Headline News Post: COVID-19 Update: Shanghai in Total Lockdown, Record Cases in the UK, and One Million Deaths in the US