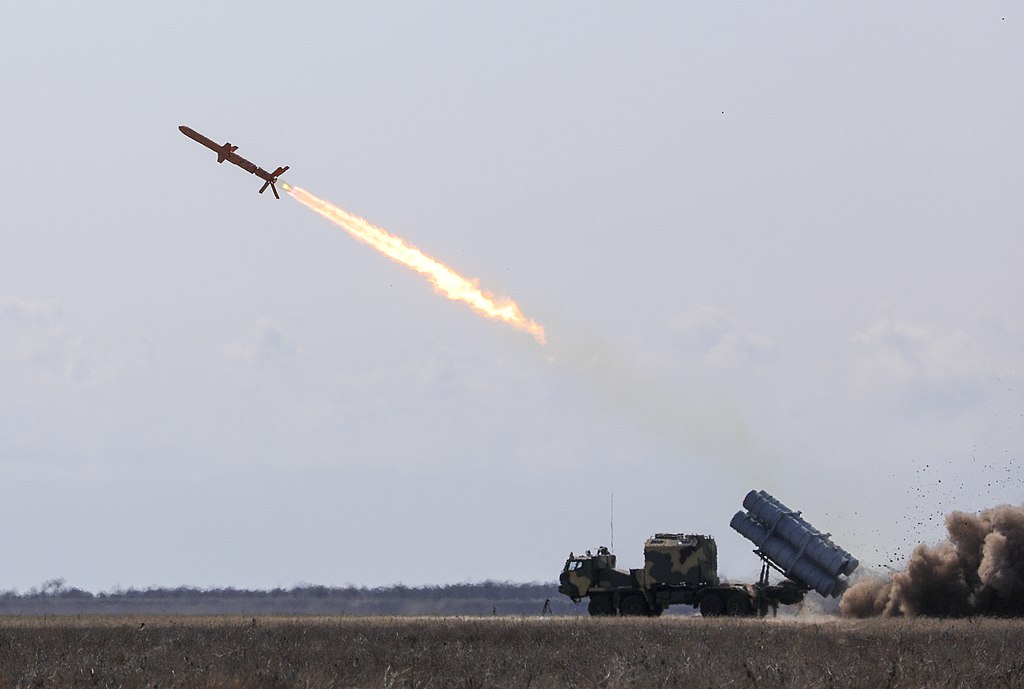 Russian forces have used hypersonic missiles to destroy ground targets in their invasion of Ukraine—the first time such weapons have been used in combat—and a quantity of radioactive material has disappeared from a monitoring lab near the defunct Chernobyl Nuclear Power Plant.

On March 19 Russian defence ministry spokesman Major General Igor Konashenkov announced that a Kinzhal hypersonic missile was used to destroy a weapons storage site in western Ukraine; the following day, Konashenkov announced that a second target, fuel depot near the port city of Mykolaiv, was destroyed using another Kinzhal missile. This marks the first time that a hypersonic missile, a weapon that travels greater than five times the speed of sound, has been used in combat.

Propelled by a powerful solid-rocket engine, the Kinzhal (Dagger) is an aircraft-launched missile that travels at twelve times the speed of sound (14,700 km/h or 9,130 mph), according to Russian state media. At these speeds this steerable missile can readily evade conventional anti-missile systems to deliver its destructive payload, of which can be conventional explosives, although hypersonic weapons are designed to carry nuclear-weapons.

It has also been revealed that radioactive material from a radiation monitoring laboratory near the Chernobyl Nuclear Power Plant was stolen sometime during the Russian occupation of the typically-deserted Chernobyl Exclusion Zone, according to Ukraine’s Institute for Safety Problems of Nuclear Power Plants (ISPNPP). The looters stole a quantity of radioactive isotopes used to calibrate the monitoring lab’s instruments, along with pieces of radioactive waste.

Russian troops captured the infamous site on February 24, but had left the area by March 31; thankfully, none of the staff that operate the facilities were harmed, and despite a loss of power on March 9 the site appears to have sustained no major damage, although there are unconfirmed reports that there are Russian troops being treated in Belarus for radiation exposure.

The stolen isotopes are “calibration sources” that “typically have very small quantities of radioactive materials,” according to Edwin Lyman, the Director of Nuclear Power Safety with the Union of Concerned Scientists, meaning the amount of radiation that would be released if the material were dispersed by conventional explosives would dissipate fairly quickly. The materials are also comparatively common, so stealing them from a high-profile site like Chernobyl would be unnecessary.

“There are so many radioactive sources around the world. If someone wants to get their hands on this there’s an easier way,” explains Bruno Merk, a research chair in computational modeling for nuclear engineering at the University of Liverpool. “These radioactive sources you can steal in every hospital. It would always have been possible for someone to sneak in and steal something. I don’t see that the risk is any higher than before the Russians invaded.”