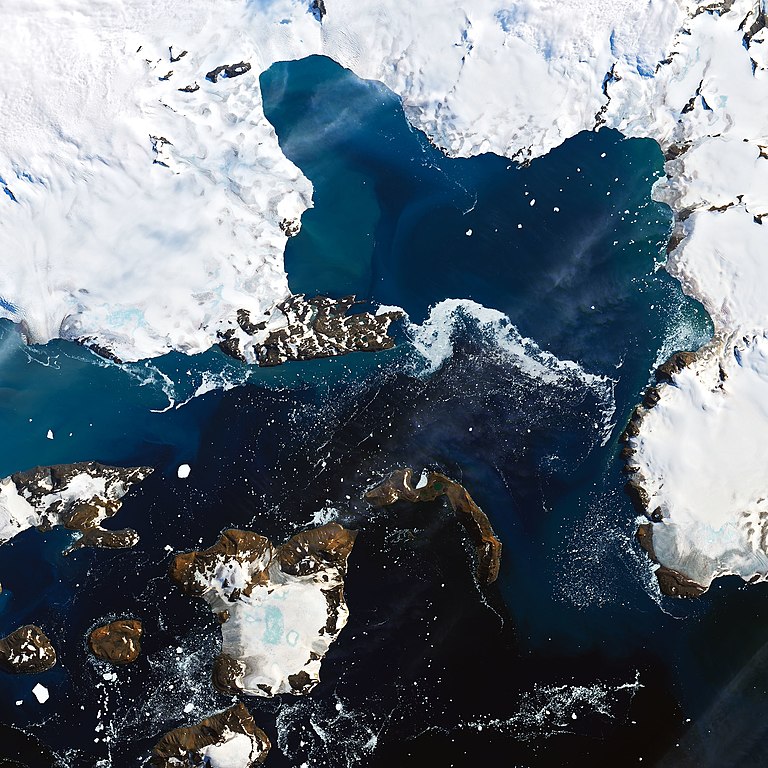 Regions in both the Antarctic and Arctic have simultaneously experienced freakish heat waves, sending temperatures soaring 60 and 50 degrees Fahrenheit above normal, respectively, an unprecedented event that occurred despite the fact that at any given time each pole is experiencing opposite seasons.

“They are opposite seasons. You don’t see the north and the south (poles) both melting at the same time,” explains Walt Meier, an ice scientist with the National Snow and Ice Data Center. “It’s definitely an unusual occurrence.”

These simultaneous temperature spikes happened on March 18, just two days before the first day of spring in the Northern Hemisphere, and autumn in the South. Temperature records were broken at numerous weather stations across Eastern Antarctica, with the biggest departure being recorded at Concordia Research Station, where the temperature reached 14°F (-10°C)—a full 59°F (32.8°C) above the -45°F (-43°C) norm for that time of year, according to University of Wisconsin meteorologist Matthew Lazzara. Although this temperature may still seem quite frigid, Concordia Station is situated deep into the East Antarctic ice sheet at an altitude of 10,607 feet (3,233 meters), slightly higher than Alma, Colorado’s 10,578-foot elevation (3,224 meters), the highest community in the US.

350 miles (560 kilometers) away, the temperature at Vostock Station—the coldest place on Earth—rose to 0°F (-17.7°C), breaking the station’s own record high by 27°F (15°C), according to a tweet posted by extreme weather tracker Maximiliano Herrera. Out at the coast, the base at Terra Nova Bay saw above-freezing temperatures of 44.6°F (7°C).

Meier points out that it is impossible to tell if a one-day event like this, as unusual as it is, is due to climate change; however, if more extreme temperature events like this begin to occur, that would be an indication that the climate is shifting. Regardless, the average temperature across the Antarctic continent on that day was 8.6°F (4.8°C) warmer than the 1979-2000 baseline temperature; also on March 18 the entirety of the Arctic region was 6°F (3.3°C) over the ’79-’00 average.