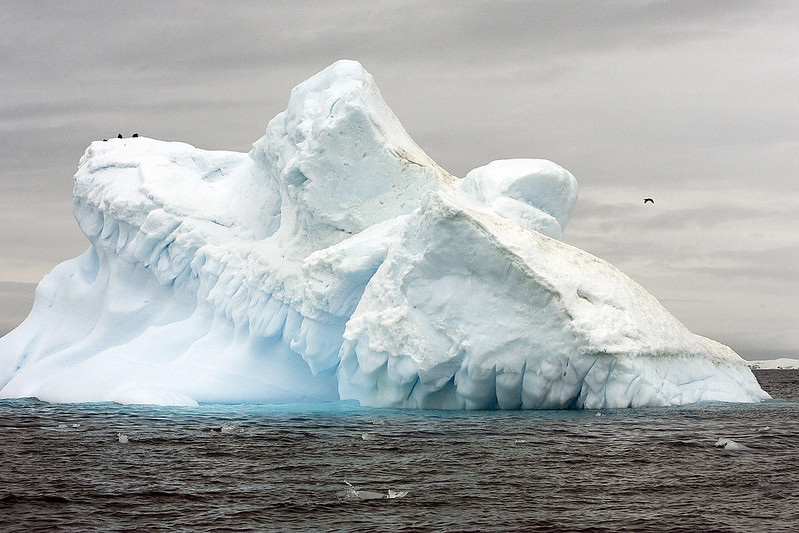 New research from an international team of scientists estimates that Antarctica’s massive Thwaites Glacier is in danger of collapsing in its entirety by the end of the decade. Such an event would hike sea levels around the world by more than two feet (65 centimeters), flooding low-lying coastal regions and displacing millions of people. To better understand what is going on in one of the hardest-to-reach places in the world, a team of researchers have launched an expedition to Antarctica, armed with the submersible drone Boaty McBoatface, to investigate how the warming ocean waters are eroding the glacier from beneath.

Nicknamed the “Doomsday Glacier”, the Thwaites Glacier is a 2-kilometer (1.2-mile) deep river of ice the size of Florida that pours somewhere between 50 to 85 billion tons of ice into the Amundsen Sea each year, accounting for 4 percent of annual sea level rise. Although these tens of gigatons of annual ice shed sounds like a massive amount (and indeed it is) this would pale in comparison to what would be released into the ocean if the entire glacier were to catastrophically give way–hence the “Doomsday” part of its less-common alias.

“Thwaites is the widest glacier in the world,” explains Ted Scambos, a senior research scientist at the Cooperative Institute for Research in Environmental Sciences (CIRES), who delivered the warning that Thwaits might entirely collapse by 2030. “The glacier in its entirety holds enough water to raise sea level by over two feet. And it could lead to even more sea-level rise, up to ten feet, if it draws the surrounding glaciers with it.”

The adage “as above, so below” also applies to glaciers such as Thwaites: just as a warming atmosphere melts at the upper surface of the ice sheet, it was discovered in 2020 that the warming waters flowing underneath the ice shelf at the face of the glacier are melting away at key “pinning points” that anchor the ocean-bound ice shelf to land; it is this ice face that keeps the rest of the glacier upstream from it from flowing freely into the ocean. If it were to give way, Thwaite’s 85 billion gigaton annual flow could accelerate into a massive slide of ice into the oceans. It is feared that if Thwaites quickly gives way it could also affect the stability of the local neighborhood of glaciers that surround Thwaites, a cluster of ice flows that holds enough water to raise sea levels by 3 meters (10 feet).

To that end, a joint United States and United Kingdom expedition made up of 32 scientists will be traveling to Western Antarctica aboard the research ship Nathaniel B. Palmer to investigate the Thwaites Glacier, as part of the larger International Thwaites Glacier Collaboration (ITGC). The team will employ a small fleet of eight submersible drones, including the humorously-named Boaty McBoatface AUV (autonomous underwater vehicle) to probe the waters under the ice shelf in an effort to better understand the processes affecting the glacier.

The team will also investigate the upper surface of the glacier to determine the nature of the accelerated fracturing of the ice sheet, including 10-kilometer long (6-mile) cracks that formed over the course of just a year.

“This is a massively ambitious mission that we have been planning for several years,” according to Karen Heywood, an expedition member from the University of East Anglia. “By measuring the ocean properties in sub-ice shelf cavities, we can understand how the ocean transports heat and what impact this may have on the glacier.”