COVID-19 Update: Shanghai in Total Lockdown, Record Cases in the UK, and One Million Deaths in the US 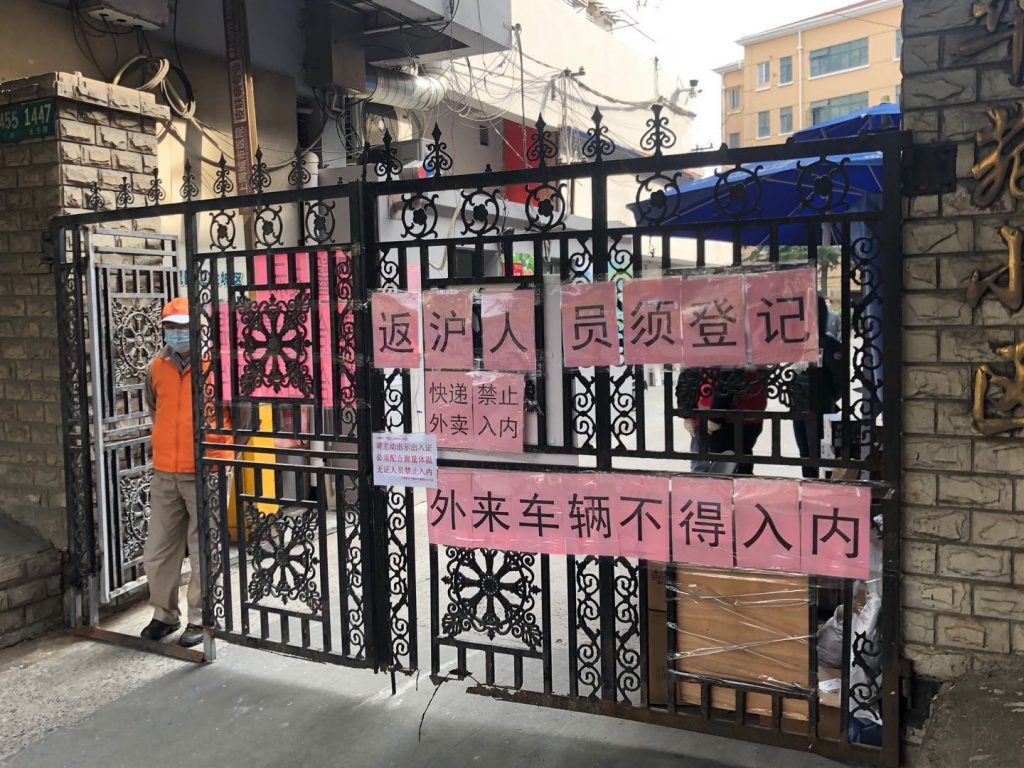 A resurgence in COVID-19 cases in Asia and Europe, fueled by the BA.2 Omicron subvariant, have led to the total lockdown of China’s city of Shanghai, and record numbers of cases in the United Kingdom. And despite a reduction in cases in the United States, the country has now recorded one million deaths due to COVID-19—the highest confirmed count in the world.

The renewed surge in SARS-CoV-2 infections in China has prompted authorities to extend the lockdown of Shanghai to include the entire city. Previously, the lockdown only affected areas of the city east of the Huangpu River, but the strict restrictions being implemented as part of China’s “zero-COVID” policy have been extended to all of the city’s 25 million residents. Daily case counts have risen to 13,000: although this is not high by global standards, Shanghai has seen comparatively few coronavirus cases during the pandemic.

The zero-COVID measures are placing a major strain on logistics and supply chains, as residents are not allowed to leave their homes, even to collect essential provisions; food and water orders are made online, and deliveries are made to prescribed pickup points. However, the efforts being made to feed 25 million people are hampered by clogged online order systems and a shortage of both delivery staff and supplies, placing a strain on government systems.

The number of COVID cases in the U.K. hit 4.9 million people for the week ending March 26, up from 4.3 million the week before. Hospitalization and death rates are also on the rise, although the number of deaths is low compared to what was seen during earlier waves. All COVID-19 restrictions were dropped in mid-February, part of the government’s “living with COVID” plan, a policy opposite to the approach taken by China, and one that is facing criticism.

“The government’s ‘living with COVID’ strategy of removing any mitigations, isolation, free testing and a considerable slice of our surveillance amounts to nothing more than ignoring this virus going forwards,” according to Stephen Griffin, an associate professor with the University of Leeds’ medical school.

“Such unchecked prevalence endangers the protection afforded by our vaccines,” Griffin continues. “Our vaccines are excellent, but they are not silver bullets and ought not to be left to bear the brunt of COVID in isolation.”

And although case counts in the U.S. have been on the decline, the country has reached a grim milestone in the pandemic, having logged one million deaths due to COVID-19—the highest recorded on the planet—a death toll accrued in just two years that rivals the 1.3 million American deaths caused by nearly two and a half centuries of warfare.

According to the John Hopkins COVID-19 Dashboard, nearly a half billion COVID-19 cases have been logged around the world, resulting in at least 6.1 million deaths; this is most certainly an undercount, as health care systems in many underprivileged countries do not have the resources to record and report individual causes of death in many cases. Individuals that die without being diagnosed with COVID-19 are not recorded as part of official counts, as was the case during the massive surge of cases and deaths in India over the summer of 2021, when many suffering from acute symptoms were turned away from hospitals overrun with COVID-19 cases.