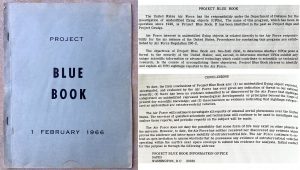 On May 17, two high-level Pentagon officials testified before a Congressional hearing about what efforts are being made in regards to investigating UAP encounters that are experienced by military and intelligence personnel. Although the hearing was light on any details concerning individual UAP sightings, the witnesses were pressed to clarify what efforts were being done to ensure access to unfettered reporting of UAP by military personnel, and the reduction of the stigma attached to the reporting of anomalous objects.

Held by the House Intelligence Subcommittee on Counterterrorism, Counterintelligence and Counterproliferation, the hearing received the testimony of Under Secretary of Defense for Intelligence and Security (USD(I&S)) Ronald S. Moultrie and Deputy Director of Naval Intelligence Scott W. Bray; for context, the former UAP Task Force (UAPTF) operated under the direction of the Office of Naval Intelligence, represented by Deputy Director Bray; and the UAPTF’s successor, the Airborne Object Identification and Management Synchronization Group (AOIMSG) is part of the Office of the USD(I&S), represented by Under Secretary Moultrie.

The number of cases catalogued by the AOIMSG/UAPTF has grown from the 144 alluded to in the Preliminary Assessment: Unidentified Aerial Phenomena report released on June 25 of last year to 400 cases, according to Deputy Director Bray. Bray says that the increased number of reports can be attributed to improved reporting methods, including standardized reporting mechanisms and processes, the building of “relationships to help destigmatize the active reporting sightings or encounters, and the inclusion of “step-by-step procedures for reporting on UAP on their kneeboard in the cockpit and in their post flight debrief procedures.”

“The message is now clear, if you see something, you need to report it,” Bray said of the new attitude being promoted regarding UAP reporting. Bray also mentioned that he had personally received a report from “a senior Naval aviator with over 2,000 flight hours” that contacted the Deputy Director immediately after landing about an encounter he had just experienced.

Bray also presented three videos to illustrate the two sides of UAP encounters, with the objects in two videos found to be ordinary drones, and the third representing a genuinely unexplained object. The first of the two videos illustrating resolved cases appears to be footage of what appeared to be triangular-shaped objects that were encountered by the USS Russell off of the California coast in 2019, as seen through night vision equipment; Bray says that the objects were determined to be ordinary drones, with their unfocused shapes distorted due to the shape of the aperture of the single-lens reflex camera that was recording the video. Bray also presented a second video recorded a few years later off the Atlantic coast that illustrated the same effect.

The third video was of daylight footage of the rapid flyby of a UAP recorded from the point-of-view of the pilot of an F/A-18 operating in a US Navy training range, possibly in 2021; although the object is difficult to see at the start of the video, a spherical metallic object can be glimpsed speeding past the cockpit; according to Bray, this case remains unresolved.

Although some apparent UAP encounters remain unexplained due to insufficient data, Bray admits that in a number of cases they have gathered enough information to rule out known phenomenona as their causes. “There are a small handful of cases in which we have more data that our analysis simply hasn’t been able to fully pull together a picture of what happened.”

The witness also received questions from the Committee members, including Representative Mike Gallagher (R-WI). At one point Gallagher pressed Bray and Moultrie on what they knew regarding the appearance of UFOs over nuclear launch facilities in the 1960s that involved the apparent malfunction of numerous nuclear weapons; although Bray had heard of the incident that occurred at Malmstrom Air Force Base in 1966, he said that the UAPTF had not been made aware of any official data that exists regarding the issue; the Malmstrom incident was the subject of a November 2021 press conference publicly held by three retired Air Force officers that witnessed this event.

Gallager also asked Moultrie there were any other official investigative efforts had been made between the 1970 closure of the Air Force’s Project Blue Book and 2007 when the Advanced Aerospace Threat Identification Program (AATIP) was opened; Moultrie replied that he was unaware of any DoD studies undertaken during that time period. He also appeared to be unaware of any official investigations that predated the 1952 establishment of Blue Book, although Project Sign (1948) and Project Grudge (1949) were previous Air Force efforts at investigating the phenomenon.

In response to Committee Chair André Carson’s (D-IN) question as to whether or not the AOIMSG has “a clear and repeatable process for considering public release” as part of their reporting process, Bray and Moultrie said their offices were committed to releasing whatever information was safe to declassify for access by the public. Bray said that he believes “very much in the transparency of this, and we work very hard to balance that with our national security needs.”

Moultrie added that “just over the last three, four months… the intelligence community and the national defense apparatus have disclosed more information on various events than it has in probably the previous 10 years.” He added that the Committee has his office’s commitment “to work closely with the Director of National Intelligence and others, in the declassification and downgrading of intel apparatus, to ensure that we can get whatever information that we can out to the American people and to the public at large.”

Subscribers, to watch the subscriber version of the video, first log in then click on Dreamland Subscriber-Only Video Podcast link.
2022-05-21
Previous Headline News Post: All of the Building Blocks of Life Have Been Discovered in Meteorites
Next Headline News Post: Gimbal UFO Object Exhibits ‘Breakthrough Technologies’, According to Independent Analysis