Famed Psychic William Stillman in a Show so Powerful Whitley Tears Up! 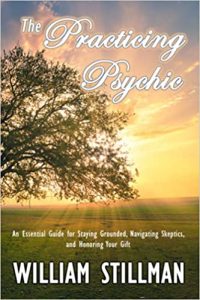 Are you a psychic? Do you go to psychics? Would you like to but don’t know quite how to find the right one? Or are you thinking that you might BE a psychic? If so, this warm and wisdom-filled edition of Dreamland is for YOU! William Stillman has been a practicing psychic since 2004, and during his long career has gained great renown. He is the real deal, all the way, and in this heartfelt and deeply moving discussion with Whitley, he tells us what it means to be an honest, effective and honorable practitioner of this controversial craft.

It is also a deeply personal show, so much so that at one point in the first hour, Whitley breaks down in tears. You will not forget that moment, or, for that matter, anything about this rich and insightful discussion.

(His YouTube channel contains some of the videos covering his amazing visits to the Gettysburg battlefield. And don’t miss the discussion in this show about how Bill discovered the role dogs played in the battle!)

Subscribers can listen to our previous shows with Bill on spiritual siege and the dark side, and on the complex world of the spirit. Click here.

To read the transcript mentioned in the show of the conversation Bill had with the entity he calls “Richard,” click here: ET Transcript April 29 2017 – PDF.

On December 18, Unknowncountry subscribers will be able to attend a psychic gallery with Bill. In the first hour, Bill will intuitively read the group. In the second, he will answer specific questions generated by the reading. Bill’s galleries are extraordinary events. Please note that the date is DECEMBER 18.

Not a subscriber? You’re missing so much! To explore our inexpensive plans and sign up, click here.

Subscribers, to watch the subscriber version of the video, first log in then click on Dreamland Subscriber-Only Video Podcast link.
2021-10-08
Previous Dreamland Podcast Post: An Intelligence Officer You’ve Never Met Before with an Important Story to Tell
Next Dreamland Podcast Post: Betty Hill’s Niece, Kathleen Marden, Became One of the World’s Leading UFO Investigators. She Tells Us Her Powerful Story