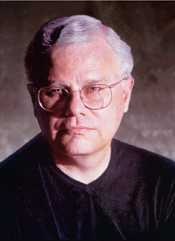 What’s to say about 2020 except that the pandemic and a world of political upheavals distracted us from the ongoing environmental crisis? However, a few things DID happen that are worth remembering and perhaps are setting 2021 up to be interesting in a  better way.

The good news is that it seems ever more probable that we are going to discover alien life, perhaps even intelligent alien life. There is a signal from Proxima Centauri that has not yet been explained, and, given that Barack Obama has now openly admitted that the government DOES keep UAP secrets (on the Stephen Colbert show on November 30). I think that we may well see some kind of a discovery or admission, or both, in 2021.

If the Proxima Centauri signal turns out to be generated by an intelligent species, I doubt that they will be the entities that we now think of as aliens or visitors. I believe that they are likely to be more like us, as the transmission of such a signal suggests a mind at least somewhat like our own. My experience of the visitors is that they have a mind quite UNLIKE our own. From what I have seen of them and their technology, I would be surprised if radio was an important communications tool for them. They live now in a way that we are fast approaching, which is without a veil between the physical and non-physical aspects of their species. My own life has been dedicated to enabling us to live in the same way, and, as I discuss below, 2020 was the year of completion of that effort, at least as I now understand it.

However, all is not well, obviously: climate change is proceeding apace, and it brings population movement, unrest, pandemic and political upheaval. In Jesus: A New Vision, I detail how this happened to the Roman Empire between 150 AD and 700 AD. Little did the Romans know, but around 150 the sun started to decrease its output. The result was drought in central Asia and across the Mediterranean Basin. Because of what happened in central Asia, the Huns began moving west. They pressed the Magyars who pressed the Germans who eventually flooded into the empire, which had been depopulated by one pandemic after another. The pandemics happened because generational lack of nutrition suppressed people’s immune systems and they became vulnerable to diseases that had never previously affected the whole population. Having no idea what was really happening, they blamed their gods for failing them and replaced them with a new one: Christ. The empire collapsed anyway, but Christianity survived and changed the world, as always with great human movements, both for better and for worse.

As solar output is now increasing, not decreasing, and we’re adding to the problem with our emissions, we are becoming vulnerable to a different sort of climate change. I cannot say that the current pandemic is connected to the current climate change situation because there is no generalized famine (yet) and thus immune systems haven’t been compromised. I think that the current situation is largely due to the fact that we have a huge and very mobile population worldwide, which has made us vulnerable to the rapid spread of any novel disease.

Across the world, democratic institutions have taken a beating. Unscrupulous leaders have been using a technique pioneered by Adolf Hitler of discovering what people wish is true or fear is true, then telling them that it IS true. You destroy freedom by getting people to believe lies, and the sudden and dramatic increase in the depth of communication caused by the internet has enabled liars to temporarily gain a great deal of power. How this will play out in 2021 is that some democracies will devolve into dictatorships and others will survive. I think that Hungary, Poland and Brazil are particularly vulnerable in this regard, possibly also India and, in a worst-case scenario, the United States.

The expansion of the internet has caused an “information shock,” as many millions of people who were previously accessible only through general media outlets can now be engaged with directly via social media. Worldwide, skilled liars have taken advantage of this new tool. Whether they will prevail or sanity will prevail remains to be seen, but I would vote for sanity, at least in the better educated countries.

Regarding climate change, every year that passes, there is an increasing probability that there will be food shortages caused by drought and other weather disruptions. Where the shortages will be felt first depends on which growing regions are affected. If southern Russia and the Ukraine experience drought, the Middle East will suffer the same sort of food shortages that resulted in the misnamed “Arab Spring” when soaring bread prices caused unrest. If it happens in South America, which is quite probable, Chinese demand for American grain staples will increase and drive up worldwide food prices. A serious disruption in the United States and Canada will lead to famine in many areas and generalized unrest.

In terms of energy, there are now numerous battery technologies in development that are likely to profoundly change the auto industry, far more than is now apparent. Whether or not any of them will be deployed commercially in 2021 is unclear, but they will happen and they will spell the end of the internal combustion engine. Also, there are some remarkable advances taking place in the area of fusion energy, and when they come onstream, they will hasten the end of the use of fossil fuels in energy production. Once again though, progress has been slow and I cannot say that 2021 will see the commercial deployment of such reactors. Viable, working devices may well be created this year, though.

If the pandemic is conquered in 2021, the result will be an enormous worldwide explosion of recovery-related prosperity, but before that happens, likely in the 1st half of the year, there are likely to be some serious disruptions. Widespread commercial bankruptcies could cause problems in the banking sector in the 1st half of the year, but a recovery will get under way as the virus danger recedes.

Right now many people worldwide are suffering. Along with the viral pandemic, there is also a pandemic of evictions, hunger and personal bankruptcies, and there will be millions of displaced families by the middle of next year. Governments will have to deal with this situation, and the in the countries where helpful decisions are made prosperity will return faster. In the worst-run countries, it won’t return at all.

In my own life, I have now completed the three books that I set out to write in 2015. They are all intended to advance the evolution of relationship, but in different ways.

The Afterlife Revolution is a testament to the existence of an afterlife and can help advance the development of real relationship between the physical and nonphysical levels of our species. A New World is a good practical basis for making sense of the relationship between ourselves and the visitors. Jesus: A New Vision offers a new way of relating ourselves to higher levels of being, in the context of understanding ourselves and why events in our history caused us to miss the mark during the developmental years of Christianity.

Together, the three books offer a fundamentally new way of being human, one that is more realistic in the sense that it recognizes that the species has at least two levels, a physical one that exists in time and a nonphysical one that does not. They offer clarity when it comes to developing a relationship with other species who are already conscious across the veil between the levels. And, in Jesus: A New Vision, there is on offer a new concept of how we relate to the divine.

This book sequence represents the end of an era for me. Its completion means that I can leave physical life having completed the task I came to accomplish. However, I am not saying that I wish to go. On the contrary, I can do more and will do more if I have the time. (All three books are available, along with all my others, through our store.)