Mysteries of the faerie realm with Joshua Cutchin 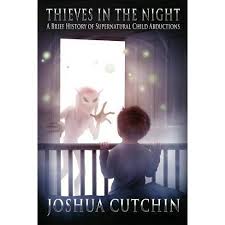 Is the UFO contact experience connected to the mythic faerie realm? Author Joshua Cutchin has written extensively on these overlapping subjects. Is an ancient folklore still alive today, welling up in the modern close encounter experience?

Joshua has had a lifelong interest in the paranormal, and holds a Masters in Music Literature and a Masters in Journalism from the University of Georgia. He is the author of three fascinating books: A Trojan Feast (2015), The Brimstone Deceit (2016), and Thieves in the Night (2018).

Cutchin is also a published composer and maintains an active performing schedule as a jazz and rock tuba player! He currently resides in the small town of Roswell (not “that” one, he lives in the one in Georgia). His website is JoshuaCutchin.com.

In this interview Mike references two amazing events that were detailed on his blog. One was a very strange sighting of something in the sky on the way to a UFO conference (linked HERE), and bending forks with Joshua (linked HERE).