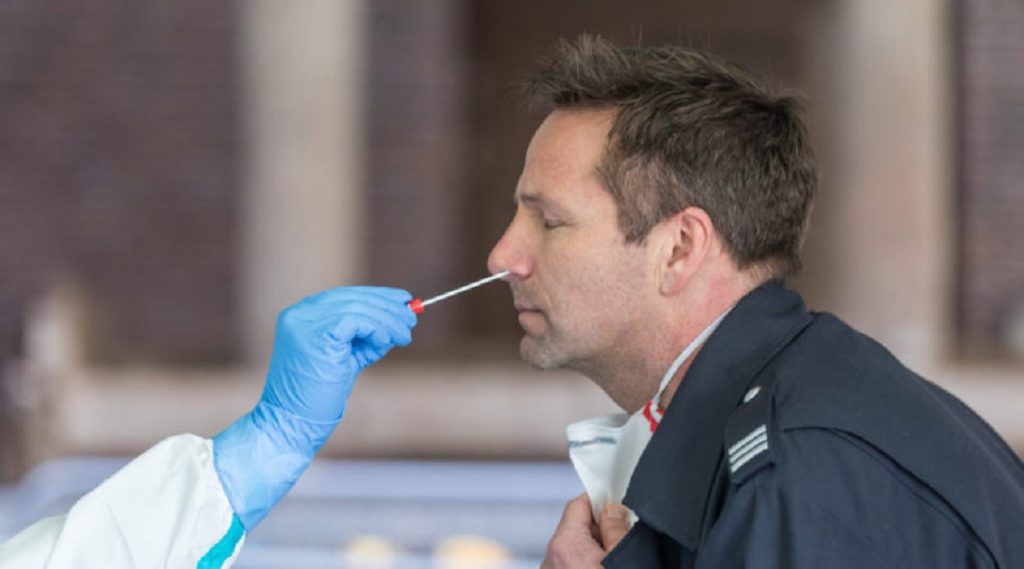 A new, faster-spreading variant of the coronavirus has been identified in the United Kingdom, one that appears to be 70 percent more transmissible than the original virus. Although researchers have found no evidence that the new mutation has any impact on the severity of the disease or the chances of being hospitalized if contracted, a recent surge in cases that include infections with the new strain has prompted the U.K. government to cancel plans to loosen lockdown restrictions originally planned for the Christmas holiday.

This week’s case numbers in the U.K. jumped to 40 percent higher than the week before, with over 24,000 new cases reported over the past seven days. This new surge is suspected to be driven by the new SARS-CoV-2 mutation, with the new variant, designated as ‘VUI – 202012/01’, having been positively identified as being responsible for at least 1,100 of these infections, according to a statement from Public Health England.

Having what amounts to poor copy protection abilities within the virus’s genetic structure, viruses like SARS-CoV-2 mutate very often, with alternate variants of the coronavirus having been identified at different points throughout the pandemic. However, whether or not the mutation is advantageous to the virus (and correspondingly to our disadvantage) is largely determined by chance, with many of the changes resulting in less effective strains. However, this new variant identified in the U.K. appears to have an advantage that its predecessor doesn’t.

Although the mutation appears to have increased the ability of the virus’s spike protein to latch on to a potential host cell’s ACE2 receptors, SARS-CoV-2’s gateway to infecting its target, “there is currently no evidence to suggest that the strain has any impact on disease severity, antibody response or vaccine efficacy,” according to the PHE.

Although most of the vaccines now being distributed are designed to produce antibodies that attack the virus’s spike proteins, the new changes are unlikely to hamper the vaccines’ effectiveness, as the spike proteins would have to have changed dramatically enough for the antibodies produced from the vaccine’s inoculation to no longer recognize the spikes, while still retaining enough of their original composition for their molecular “key” to be able to match the “lock” of the cell’s corresponding receptors.

Health officials believe that the new mutation first appeared in either London or Kent in mid-September, and may have been responsible for roughly 28 percent of the cases recorded in London and southeast England by mid-November. The proportion of new cases caused by the new strain has risen since, and might be responsible for up to 60 percent of all new cases.

“So what this tells us is that this new variant not only moves fast, it is increased in its ability to transmit, but it’s becoming the dominant variant. It is beating all the others in terms of transmission,” explains Professor Chris Whitty, England’s chief medical officer, and that so far there’s no evidence that the new strain causes “more trouble than the other virus.”

“Our working assumption at the moment, from all of the scientists, is that the vaccine response should be adequate for this virus,” Whitty also said. “That obviously needs to be looked at going forward, and we need to keep vigilant about this.”