The Current Solar Cycle is Far Stronger than Forecast, and May See Record-Breaking Activity 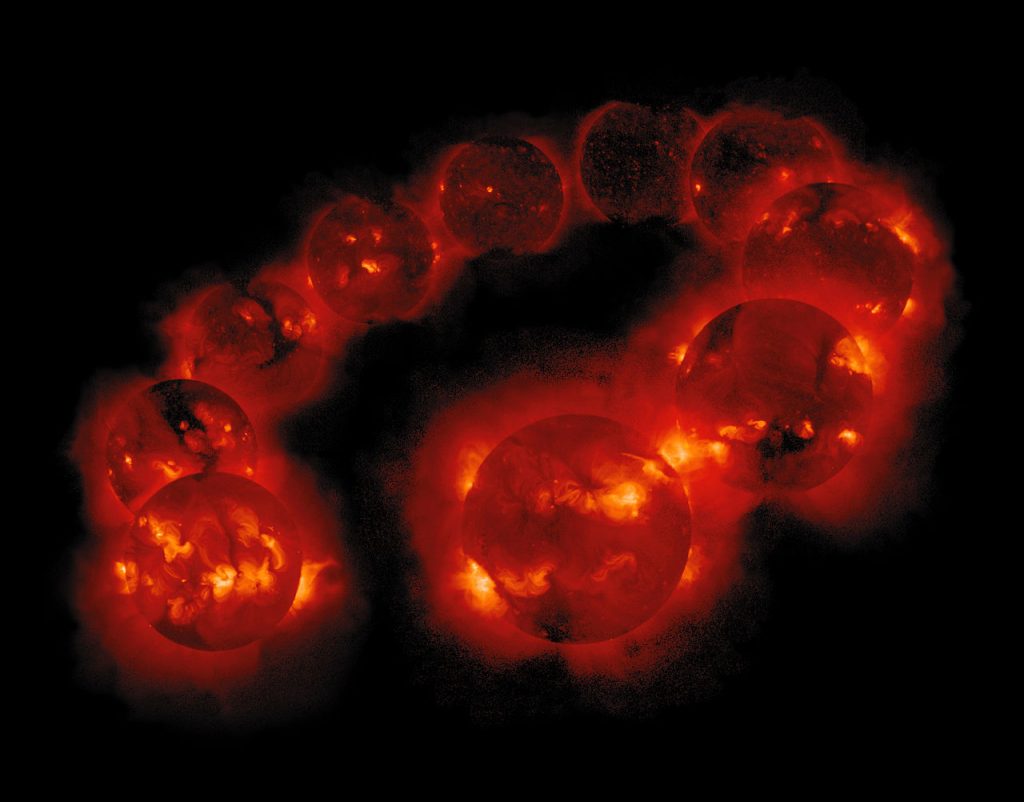 Contrary to official predictions, solar cycle 25 is getting off to an explosive start, with solar activity proving to be much higher than the weak cycle that was officially forecast, featuring a higher than expected sunspot count, numerous coronal mass ejections and at least three X-class flares having erupted since last summer.

Officially kicking off in December of 2019, solar cycle 25 was predicted to produce only mild activity from the Sun, according to NOAA, NASA, and the International Space Environmental Service, but since September of last year solar activity has instead been consistently higher than these forecasts. NOAA was calling for a peak Sunspot Number (SSN) of approximately 117, expected to peak sometime in mid-2025; NASA was even more conservative in their estimate, calling for a maximum count of roughly 70 ‘spots.

However, by October 2020 the SSN was already almost four times higher than forecast, peaking at 40 sunspots in September of last year. As of earlier this month 61 sunspots had been recorded for the cycle, accounting for more than half of NOAA’s predicted number, just a little over two years into what is normally an (approximately) 11 year cycle.

Solar cycle 25 has also seen a number of eruptions from the Sun’s surface, with numerous C-class, 2 M-class, and 3 X-class solar flares recorded since May 2021, generating four geomagnetic storms on Earth, with the X1 flare that occurred in late October 2021 producing a strong G4 storm.

Although most of the forecasts made for solar cycle 25 called for a mild period, a study published last summer by two University of Maryland researchers found a new pattern in sunspot cycles that pointed to 25 being a much stronger cycle, one that could be amongst the most active on record. While reviewing historical data, solar physicists Bob Leamon and Scott McIntosh realized that longer cycles tend to be followed by periods of relative quiet on the Sun’s surface, while shorter cycles are typically followed by a strong surge of solar activity.

While they average 11 years in length, there is no set duration for a solar cycle; with a length of only a little over 10 years, solar cycle 24 was a comparatively short one, hinting at cycle 25 being a potentially explosive period.

Traditionally, solar cycles are marked by the number of sunspots that form on the surface of the Sun, as sunspot activity is closely linked to solar activity levels, but Leamon and McIntosh recommend watching for the meeting of oppositely-charged magnetic bands at the Sun’s equator that result in the bands’ dissolution, in what they refer to as a “Termination Event”.

“Scientists have struggled to predict both the length and the strength of sunspot cycles because we lack a fundamental understanding of the mechanism that drives the cycle,” McIntosh said at the time of their paper’s publication.

“If our forecast proves correct, we will have evidence that our framework for understanding the Sun’s internal magnetic machine is on the right path.”

Despite their frequency, the solar storms that have intersected Earth during this cycle have been comparatively mild, but that has not always been the case: Whitley outlines the danger presented by much more powerful solar storms—and what needs to be done to weather them—in his 2012 ebook Solar Flares: What You Need to Know.

Subscribers, to watch the subscriber version of the video, first log in then click on Dreamland Subscriber-Only Video Podcast link.
2022-04-14
Previous Headline News Post: Fossilized Human Footprints Evidence an Earlier Timeline of The People’s Migration Across the Americas
Next Headline News Post: The DOD Official Responsible for Obstructing UFO Investigations Has Been Fired