Russian Special Forces Use Psychic Techniques on the Battlefield 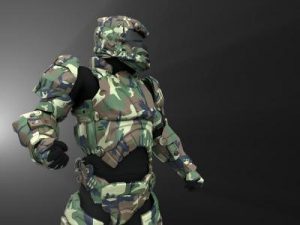 The official magazine of Russia’s Defense Ministry has published an article that described the Russian military’s use of parapsychology. The psy-soldiers trained under these programs were reportedly able to telepathically convey instructions to trained dolphins, disrupt and eavesdrop on computer systems, and read the minds of enemy combatants on an active battlefield.

Published in the February 2019 edition of the Russian Defense Ministry’s “Army Collection” magazine, the article, entitled “Super-Soldier for the Future Wars”, was authored by reserve colonel Nikolai Poroskov, and outlined various “combat parapsychology techniques” used by military personnel in a variety of situations.

In Chechnya, Russian special forces employed what Poroskov referred to as “metacontact technology” to perform a non-verbal interrogation of the intended subject. The interrogator “sees ‘through’ a captured enemy soldier: what kind of person he is, what his weak and strong points are,” and according to Poroskov, the reliability of the interrogation was “almost one hundred percent.” Special forces personnel were also trained in counteracting similar psychic interrogations, in case they were taken prisoner themselves. These psychic counter-interrogation techniques were also offered to “the highest persons of the country or the leaders of large industrial and banking structures – in order to preserve state or commercial secrets.”

These psychic techniques were also used to gather battlefield intelligence, to uncover potential ambushes, reveal warehouses, and caches of weapons or supplies that may have been stashed away by enemy forces, similar to remote viewing techniques used by the U.S. Army’s Stargate Project. Interestingly, the Russian soldiers were taught their telepathic abilities by interacting with dolphins, successfully giving the cetaceans commands that would then be carried out.

“The technique, as it turned out, is applicable to humans,” Poroskov’s article continues. Aside from transmitting concepts and thoughts telepathically, the ability could apparently be extended to disrupting technological devices. “With an effort of thought, you can, for example, shoot down computer programs, burn crystals in generators, eavesdrop on a conversation, or break television and radio programs and communications.” Some of the experiments were successful in not only gleaning information from inaccessible written documents, but also in crossing the language barrier, for example being able to read text on a document that was locked in a safe, “even if it is in a foreign language that we do not speak,” according to the article.

In an interview with RBK media group (RosBiznesKonsalting), the claims made in Poroskov’s article were dismissed by the chairman of the Russian Academy of Sciences’ commission to combat pseudoscience, Yevgeny Alexandrov, saying that “such studies are recognized as pseudoscientific, all this is complete nonsense. No parapsychology exists at all, it’s a fairy tale.”

However, in the same RBK article, Anatoly Matviychuk, the head of the analytical department of the “Soldiers of Russia” magazine, says that combat parapsychology “is not a fantasy” and that development of these techniques continues to this day. He says that combat parapsychology “received great development in the period of 1960–1980s. The technique was developed by the Soviet Academy of Sciences in an attempt to discover the phenomenal characteristics of a person.

“A group of specialists worked under the leadership of the General Staff of the USSR Armed Forces. The achievements of that time still exist, and there are attempts to activate them. These techniques were tested in hot spots in Afghanistan and Vietnam.”

Subscribers, to watch the subscriber version of the video, first log in then click on Dreamland Subscriber-Only Video Podcast link.
2019-04-08
Previous Headline News Post: New High-Temperature Records have been Broken in Alaska
Next Headline News Post: Canada’s Climate has Warmed by More Than Double the Global Average