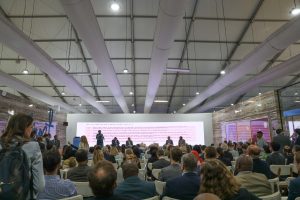 The 2022 United Nations Climate Change Conference, better known as COP27, took place earlier this month in Sharm El Sheikh, Egypt, a meeting of international representatives with the goal of addressing climate change policy. While the delegates managed to hammer out an agreement to establish a fund to help less affluent nations deal with the financial impact of global warming, critics are calling out the participating countries’ lack of commitment in regards to reducing the greenhouse gas emissions that are at the heart of the issue to begin with.

“What we have in front of us is not enough of a step forward for people and planet,” European Union Executive Vice President Frans Timmermans remarked to the conference’s negotiators. “It does not bring enough added efforts from major emitters to increase and accelerate their emissions cuts.

“We have all fallen short in actions to avoid and minimize loss and damage,” Timmermans added. “We should have done much more.”

The negotiations managed to maintain the current commitment to limit the planet’s warming to 1.5°C (2.7°F)—a goal that is not expected to be met at our current pace, especially considering that the Earth’s average surface temperature is already 1.1°C (2°F) above the pre-industrial average. In spite of news of increasing emissions and the fallout that that entails, this year’s renewed agreement failed to further emissions reduction pledges from member countries. For instance, last year’s plan to phase down global use of coal wasn’t expanded upon, prompting a rebuke from COP26’s president, Alok Sharma.

“We joined with many parties to propose a number of measures that would have contributed to this emissions-peaking before 2025, as the science tells us is necessary. Not in this text,” Sharma said. “Clear follow through on the phasedown of coal. Not in this text. A clear commitment to phase out all fossil fuels. Not in this text. And the energy text weakened in the final minutes.”

Although negotiations on emission reductions stalled, the agreement on the establishment of a $100 billion “loss and damage” fund to help poorer nations deal with the financial burden of the effects of climate change, an agreement lauded by both the cultures that are facing a disproportionate impact from rising temperatures and their supporters from developed nations.

“I think this is huge to have governments coming together to actually work out at least the first step of… how to deal with the issue of loss and damage,” remarked E3G climate diplomacy expert Alex Scott. However, there is concern over the actual financing of the fund: developed nations have yet to meet their 2009 pledge to finance a separate climate aid fund of the same size intended to help poor nations develop green energy strategies.

Regardless, the details of the new fund are expected to be worked out at next year’s conference, although the fund has been described as being a “small plaster on a huge, gaping wound” by the head of Greenpeace Germany, Martin Kaiser.