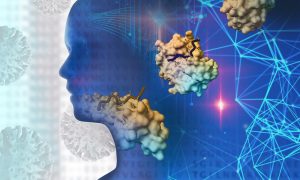 It turns out that although contracting COVID-19 will increase an individual’s immunity against future infections of the pandemic-causing coronavirus, repeat infections appear to increase the chances of developing serious complications associated with the disease, such as long-term heart, lung or neurological issues, and even death. This is important to keep in mind as COVID-19 cases around the world rebound once again, with new immunity-evading Omicron subvariants now making up nearly 50 percent of cases in the United States.

“Reinfection with COVID-19 increases the risk of both acute outcomes and long COVID,” according to the study’s lead author, Dr. Ziyad Al-Aly of Washington University School of Medicine. “This was evident in unvaccinated, vaccinated and boosted people.”

The study was conducted by researchers with the Veteran Affairs Saint Louis Health Care System using data collected by the U.S. Department of Veterans Affairs, involving 443,588 patients with one SARS-CoV-2 infection, 40,947 with two or more infections, and 5.3 million non-infected individuals as a control group. They found that within six months of a reinfection patients were more than three times more likely to be hospitalized over the same time period than someone that was infected only once, and had more than double the chance of death.

Reinfected patients were also at a much higher risk of developing other health disorders, “including pulmonary, cardiovascular, hematological, diabetes, gastrointestinal, kidney, mental health, musculoskeletal and neurological disorders,” according to the study text. Many of these issues were 1.6 to 2.5 times more likely to occur on subsequent infections, although lung and heart disorders were 3.5 and 3 times more likely to develop, respectively.

The chance of developing a neurological disorder after reinfection was 60 percent more likely, along with twice the likelihood of developing a mental health issue, such as depression. All of the disorders studied were most prominent within one month after a SARS-CoV-2 reinfection, but were still present at least six months later.

The study found that the risks and burdens of these issues were cumulative with each subsequent infection, even after the researchers compensated for the varying effects of each of the major SARS-CoV-2 variants, such as Delta and Omicron. However, the added risk appears to decrease with each subsequent infection, with the added immunity causing a “plateauing effect.”

“The good news there is that the better people are protected with immunity, likely the risk of developing some of the complications will be lower over time,” said Dr. Celine Gounder, an infectious disease epidemiologist and an editor-at-large at Kaiser Health News.

Regardless, Dr. Al-Aly cautioned that we shouldn’t let our guard down: “We had started seeing a lot of patients coming to the clinic with an air of invincibility. They wondered, ‘Does getting a reinfection really matter?’ The answer is yes, it absolutely does.”