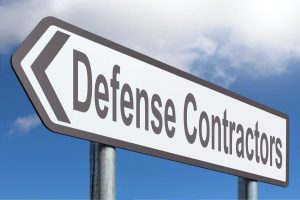 Founded in 1999, Radiance Technologies is a defense and space manufacturing company that is solely owned by its 924 employees, providing services primarily to the Department of Defense and NASA. The company has 20 offices in 17 states, including one at Wright-Patterson AFB, where the Air Force’s UFO investigations program, Project Blue Book, was headquartered from 1951 until the project’s closure in early 1970.

When asked if his company would take on a contract to back-engineer a UFO, Radiance Technologies president Tim Tinsley said “absolutely, why not, right? I’m waiting for one of those.” Tinsley had 20 years of experience developing missile defense systems before joining the company, and was promoted to president in January of this year; shortly after his promotion, Radiance hired two former prominent DoD employees with extensive UAP investigation experience, John F. Stratton Jr. and Dr. Travis S. Taylor.

And the experience these two individuals bring to the table could prove to be a valuable benefit to Radiance if a UAP contract comes their way: in April Dr. Travis S. Taylor joined Radiance as a Principal Research Scientist, bringing with him 20 years of experience working with organizations such as NASA, the U.S. Army and Space and Missile Defense Command; however Dr. Taylor might be better known to the public from his appearances on the History Channel’s “The Secret of Skinwalker Ranch.”

“You know, I’d never seen a UFO until I got out there,” Taylor remarked about his time at Skinwalker Ranch, during an interview with KLAS-TV in May. “Now, I’ve seen more UFOs now than you can count.”

In May former Defense Intelligence Senior Executive John F. Stratton Jr. joined the Radiance; Stratton had over three decades of experience in the intelligence community before retiring from the DoD, with one of his more notable roles being the first Director of the Unidentified Aerial Phenomenon Task Force (UAPTF), a position that would provide Stratton with a background in UAP investigations.

But despite what the pedigree of new hires Stratton and Taylor suggests, Tinsley isn’t saying whether or not the company has been approached to investigate exotic materials or technologies that might be associated with UAP, explaining that “whatever our customers want us to work on and support, then that’s what we’ll do.”

And these exotic materials allegedly recovered from UAP are indeed in the hands of government contractors, according to reports from closed-door briefings held for congressional committees involved in the UAP issue; could Radiance Technologies be offered a chance to crack the secrets of such materials in the near future?

Although Taylor is also unable to divulge what the company is working on, he is hopeful that something truly strange comes their way.

“[Stratton] and I are working on growing the capabilities, doing reverse engineering of foreign materials,” Taylor explains. “If we were to get something to reverse engineer, we would absolutely want to do that.”

Subscribers, to watch the subscriber version of the video, first log in then click on Dreamland Subscriber-Only Video Podcast link.
2022-11-28
Previous Headline News Post: ‘Not Enough for People and Planet’: COP27 Climate Talks Fail to Improve Emission Reductions
Next Headline News Post: Intelligence in Octopuses Linked to a Genetic Trait Found in People