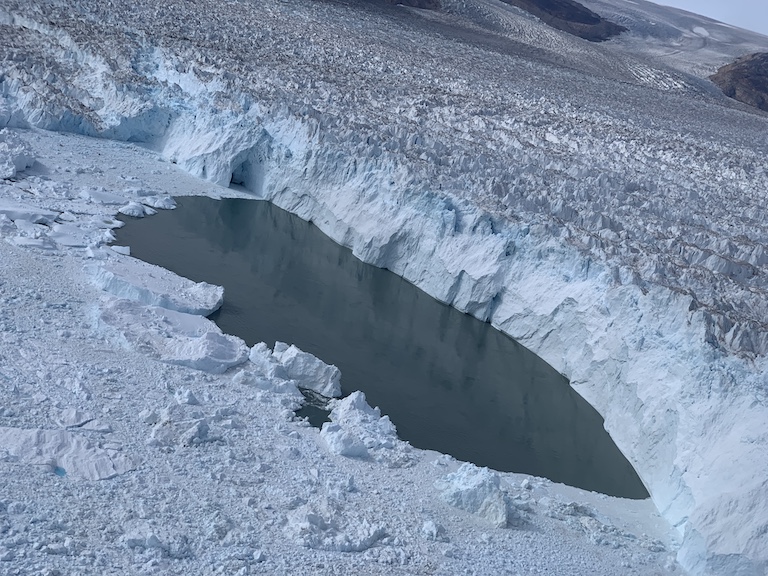 The annual rate of ice melt in Greenland is now nearly eight times faster than it was in the early 1990s, according to a large-scale 6-year study that involved 89 scientists employing that data from 26 separate satellite analyses, coming to the conclusion that Greenland’s glaciers are (once again) melting faster than originally anticipated.

In the 1990s, the Greenland ice sheet shed an average of 33 billion tons of ice per year, but the scientific group called the Ice Sheet Mass Balance Inter-comparison Exercise (IMBIE) has discovered that that rate of melt has nearly doubled each decade, accelerating the annual melt on the world’s largest island to 254 billion tons—that’s 7.7 times faster than the annual melt seen in the early 90s. Rising temperatures are causing Greenland’s glaciers to flow toward the sea faster than they were in the past, and combined with meltwater flowing from the surface of the ice sheet, Greenland’s glaciers are melting faster than the region’s annual snowfall can replenish them.

The IMBIE estimates that the total melt from Greenland since 1992 amounts to 3.8 trillion tons of ice, enough to have raised sea levels by a full centimeter (0.4 inches), an increase with an impact that has already been felt by millions around the world.

“Around the planet, just 1 centimeter of sea-level rise brings another 6 million people into seasonal, annual floods,” explained Andrew Shepherd, a professor from the University of Leeds who co-led the 89-scientist collaboration with NASA researcher Erik Ivins.

As the world’s second-largest body of ice, the Greenland ice sheet alone holds enough ice to raise sea levels by 7.2 meters (24 feet), and under this rate of acceleration there is a high probability that sea level increases may match the higher-end levels projected by the UN’s Intergovernmental Panel on Climate Change (IPCC), wherein Greenland alone could contribute roughly 16 centimeters (more than a half-foot) to rising seas by the end of the century.

“What that means is that really, the midrange scenario becomes what was previously the upper scenario, and they will have to invent a new upper scenario, because one currently doesn’t exist,” according to Shepherd. The projected 6.3 inches of sea level rise coming from Greenland would come in addition to water being dumped into the world’s oceans by the Antarctic ice sheet, along with smaller glaciers around the world, and further exacerbated by the expansion of ocean water through increased temperatures.

This acceleration in Greenland’s ice melt is likely to continue, as temperatures on the island are already 2°C (3.6°F) above the pre-industrial average, double the rate of warming seen by the rest of the world. The region was hit by multiple record-breaking heat waves this year alone, including one that caused a record-breaking one day loss of over 10 billion tonnes (11 billion tons) of ice that shaved a full millimeter of ice off of the affected sheets. The ice melt that occurred on that one day itself is estimated to have increased ocean levels by over a quarter millimeter (0.28mm).

These findings, along with other studies that illustrate similar accelerations in ice melt, make it likely that the IPCC may have to revise its sea level rise projections upward, something they have had to do in the past.

“If the [IPCC’s report] were starting now instead of two years ago, we would certainly take a hard look at the [Greenland] estimates and take this new paper into account,” said Michael Oppenheimer, a Princeton climate scientist who co-led the sea-level-rise chapter of the IPCC’s Special Report on the Ocean and Cryosphere in a Changing Climate.