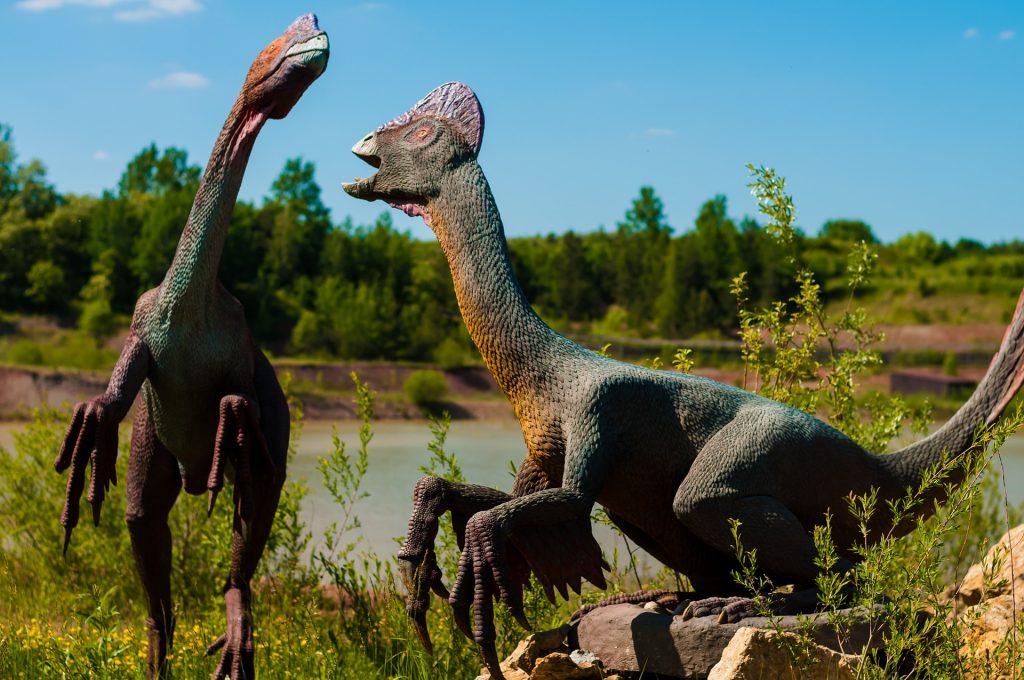 A new detailed map of the Earth’s climate over the past 66 million years has been constructed, and it predicts that the planet is headed toward a hothouse state not seen since the extinction of the dinosaurs.

But when the same factors were modeled using the rising amount of greenhouse gases in Earth’s present-day atmosphere, the study found that if human-based carbon emissions aren’t curbed in the near future, we could be in for a rise in planetary temperature not seen since the era immediately succeeding the fall of the dinosaurs.

“Now that we have succeeded in capturing the natural climate variability, we can see that the projected anthropogenic warming will be much greater than that,” explains study co-author James Zachos, professor of Earth and planetary sciences at the University of California, Santa Cruz. “The Intergovernmental Panel on Climate Change (IPCC) projections for 2300 in the ‘business-as-usual’ scenario will potentially bring global temperature to a level the planet has not seen in 50 million years.”

Zachos is referring to the first half of the Eocene, a geological epoch that lasted from about 56 to 33.9 million years ago that saw global temperatures soar to between 12°C and 16°C (21.6°F and 28.8°F) higher than the twentieth century average. The first primates began to emerge at this time, but mammals overall were smaller than their predecessors that emerged in the Paleocene, the epoch that preceded the Eocene, possibly due to these higher temperatures.

This “Hothouse” period, known as the Paleocene-Eocene Thermal Maximum, was caused by a massive release of carbon into the atmosphere, assumed to be the result of massive volcanic eruption events in the North Atlantic. Over the next 20 million years the planet began to cool as CO2 began to dwindle from the atmosphere, allowing ice sheets to form in Antarctica, signaling a transition into a “Coolhouse” phase that saw global temperatures 4°C (7.2°F) above modern levels. The planet’s Icehouse phase began 3 million years ago, a period of cold interglacials that didn’t stabilize into modern temperature levels until the start of the Holocene 12,000 years ago.

The three main factors driving natural climate variability—changes in the planet’s orbit, greenhouse gas levels and the extent of the planet’s polar ice sheets—were the foundation of the study’s model. Here’s a short explanation of each of these climatological ingredients:

Long-term climatic changes due to variations in the eccentricity, axial tilt, and precession of Earth’s orbit are called Milankovitch cycles, variables in our path around the Sun that can affect how much sunlight reaches and is absorbed by the planet. The gravitational pull of Jupiter and Saturn produce a 100,000-year cycle that sees the eccentricity of Earth’s orbit, or how elongated the elliptical path around the Sun is, change from a near-perfect circle to a mild ellipse and back again; it is during the periods of elongation that the planet travels further away from the Sun, causing it to cool due to the decreased sunlight. This effect is also combined with the 25,772-year wobble in the Earth’s axis, known as precession, that changes what hemisphere is experiencing summer when the planet is closer to the Sun, dictating  whether the continent-heavy north is absorbing more heat from sunlight, or if the more difficult to heat oceans of the south are reflecting it back into space.

To reconstruct the composition of the Earth’s atmosphere over such a long period of time the study employed data from decades worth of deep-ocean core sampling missions, focusing on the shells of microscopic organisms called foraminifera, or “forams” for short, as the ratios of the carbon and oxygen isotopes found in the shells of these forams are affected by the states of their environment. For instance, the ratio between oxygen-18 and oxygen-16 will indicate how warm the water the organism lived in was; the ratio between carbon isotopes will indicate how much carbon dioxide is in the environment, with higher ratios between carbon-13 and carbon-12 indicating that higher amounts of organic carbon, and thus overall carbon in the environment, was available for the creature to consume.

Finally, these two factors can drastically affect the volume of the polar ice caps, and in turn the ice can create a positive feedback effect as its surface area fluctuates;  greater ice extents increase the planet’s albedo, resulting in more solar radiation being reflected back into space, while open waters will absorb more solar radiation, heating the planet. Other feedback effects can also be a factor, such as how much of the planet’s water is trapped in ice, versus how much is available to circulate between the oceans and atmosphere.

“We now know more accurately when it was warmer or colder on the planet and have a better understanding of the underlying dynamics and the processes that drive them,” according to the study’s lead author Thomas Westerhold, Director of the University of Bremen Center for Marine Environmental Sciences in Germany. “The time from 66 [million] to 34 million years ago, when the planet was significantly warmer than it is today, is of particular interest, as it represents a parallel in the past to what future anthropogenic change could lead to.”

Subscribers, to watch the subscriber version of the video, first log in then click on Dreamland Subscriber-Only Video Podcast link.
2020-10-06
Previous Headline News Post: President Moved to Walter Reed Medical Center
Next Headline News Post: Could There Be Planets in the Cosmos Even More Habitable Than Earth?