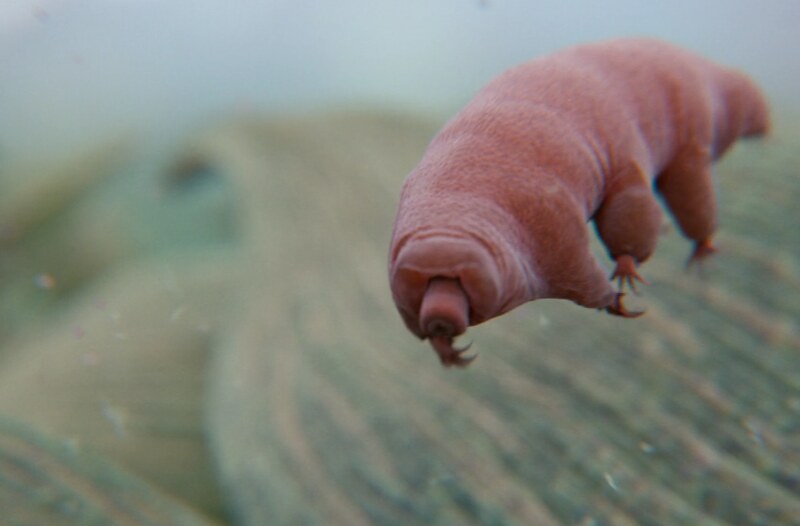 An international team of researchers may have produced the first animal known to have been put into a quantum state while alive, by incorporating a tiny tardigrade into a quantum circuit.

In 2017 a quantum research team found that certain photosynthetic bacteria could be entangled with photons in an experiment focusing on an effect called “polarization entanglement”, where the wave portion of each of the entangled pairs of photons had the same polarity. The induced quantum state was found to be relatively stable, at least compared to those that might arise in natural processes, due to a special barrel-shaped protein structure that surrounds each of the light emitting molecules.

Although this certainly isn’t the only example of quantum mechanics at work in biological organisms, a research team with members hailing from China, Denmark, Malaysia, Poland and the United Kingdom wanted to see whether or not an entangled state could be induced in a living multicellular organism. They decided to use tardigrades as their test subjects: with numerous species varying in size from 0.1 millimeter to 1.5 millimeters, tardigrades can enter a state of suspended animation called “tun” when faced with extreme environmental conditions. Three of the tiny creatures were collected from a rooftop gutter in Denmark, then frozen to a temperature within a fraction of a degree above absolute zero.

Each of the chilled critters was then placed between two capacitor plates of a superconductor circuit that made up a quantum bit, or “qubit”, a circuit analogous to the computational “bits” used by a regular computer. In addition to having the same on-or-off states that traditional bits can employ, qbits are also capable of a simultaneous on and off state, increasing their potential computing power, and qbits in the same system can also be entangled, increasing the communication speed between individual qubits.

When the tardigrades were brought into contact with their assigned circuits, their presence shifted their respective qbit’s resonant frequency. This combination tardigrade/qbit circuit was then coupled with a second qubit circuit, so that the qubits from both circuits became entangled. Over the course of several tests, the researchers found that the frequencies of the two qubit sets and their entangled tardigrades would change in tandem, effectively forming a three-part entangled system.

Unfortunately, after reviving the three creatures it was discovered that two of them had died at some point during the experiment; the third, however, had survived, making it the first known quantum-entangled animal.

“While one might expect similar physical results from inanimate objects with similar composition to the tardigrade, we emphasize that entanglement is observed with [an] entire organism that retains its biological functionality post experiment,” according to the conclusion presented in the team’s paper. “At the same time, the tardigrade survived the most extreme and prolonged conditions it has ever been exposed to.”