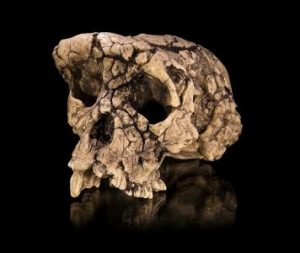 Paleontologists have announced the discovery of yet another new species of ancient human, one that lived in the Philippines between 50,000 and 67,000 years ago. Much like the ‘Hobbit’ species known as Flores Man that was found in Indonesia in 2004, this new species was also small in stature, and may have been specially adapted to climb in trees. But despite the numerous questions that this newfound member of our family tree presents, it provides us with only one clear insight: we certainly lack a clear picture of our own evolutionary history.

Dubbed ‘Callao Man’, Homo luzonensis is named after Callao Cave, the site where their remains were discovered, on Luzon island in the Philippines. There are only twelve artifacts remaining from the species, representing three individuals (two adults and a child), that unfortunately leave us with an incomplete picture as to what they were like—indeed, only teeth, a partial thigh bone, and several hand and foot bones are all that has been found of Callao Man; although teeth have been recovered, researchers have yet to uncover the skull of one of these ancient islanders.

However, a handful of important clues have been derived from their remains: they walked upright, standing no taller than 109 centimeters (3 feet, 7 inches), and their teeth were distinct enough for them to qualify as their own species under our own genus of Homo. Their small size is currently being assumed to be due to an effect known as “island dwarfing”, where a species evolves to a smaller body size in response to the limited resources present on small islands. Their toes appear to have been curved, suggesting that they were adept at climbing trees, possibly returning to the canopy in a manner that Australopithecus is suspected to have done.

But a number of Callao Man’s physical traits are raising some serious questions as to where they belong in the human evolutionary tree: Their teeth are unusually small for a hominid, with a simplified structure that resembles that of modern humans, but they also have similarities with the teeth of Homo erectus, a hominid dating back 1.8 million years. Additionally, according to anthropologist Matthew Tocheri, with Canada’s Lakehead University, “the size ratio of H. luzonensis premolars to molars is similar to that of Paranthropus,” a species that dates back even further, to between 2.6 and 1.1 million years ago, and are known for their massive jaws and teeth.

Callao Man’s curved toes also present a quandary for researchers: their curved shape implies that they might be related to Australopithecus, but there is no evidence that Australopithecus ever left Africa, let alone migrated as far as the western Pacific. But if Callao Man isn’t a descendant of Australopithecus, then that means that both species experienced what is called convergent evolution, an event that sees two otherwise unrelated species evolve similar characteristics.