A Philosophy of Science Professor Asks: Are Plants Conscious? 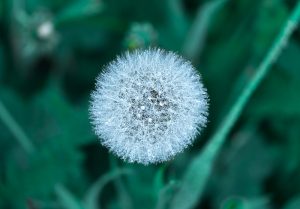 Do plants possess a consciousness?  – A philosophy of science professor at the University of Murcia, in Spain, is trying to devise new ways to answer this seemingly unanswerable question.  Although they lack something like the brain and nervous system that animals possess, many plant species physically react to their environment, and can communicate, not only with one-another, but also with other species.

Is this behavior an involuntary mechanical response borne from millennia of evolution, or do some plants act with some degree of autonomous agency?

Professor Paco Calvo is head of the University of Murcia’s Minimal Intelligence Laboratory (MINT Lab) where he and his colleagues conduct experiments designed to figure out whether or not plants are capable of some degree of consciousness; some of these experiments involve exposing plants capable of reactive mobility such as Mimosa pudica (commonly known as the touch-me-not) to an anesthetic, resulting in the plant failing to fold its leaves in reaction to being touched. But critics argue that responses like these could simply be the product of a pre-programmed mechanical reaction, and not the result of a conscious act.

“We know plants are aware of their environment and of themselves and each other,” explains Elizabeth Van Volkenburgh, a professor of plant science at the University of Washington. “We don’t know if they are conscious.”

Calvo’s team considers bean plants to be their star performer in their experiments: using time-lapse photography, they document the movements of the vines of a bean plant that is searching for a surface to use for support. As the plant’s vine grows it sweeps through the immediate environment to try to find something to latch on to, at least until there is something within reach; when near a potential target, like a vertical pole, some plants will make a sudden lunge toward their target, a “rapid, directed change in behaviour,” according to New Scientist, suggesting that the beanstalk somehow remotely sensed its target and took a sudden shot at reaching it.

“It might even indicate that the bean ‘knows’ the pole is there,” Calvo explains. This lunging effect varies between individual plants, but the team has one subject on hand that reacts so fast they have nicknamed it Usain Bolt. Calvo’s team has also found that this sudden movement is accompanied by a sudden burst of electrical activity in the plant, suggesting that there is more going on under the surface than we might assume.

However, there is the problem that science has so far been unable to properly quantify consciousness—about all that can be agreed upon is that the phenomenon does indeed exist—so trying to determine such a quality in a life from as comparatively alien as plants would appear to be even more difficult than trying to define it for many non-human animals. To that end, Calvo believes that MRI or PET scanners specifically built to monitor the internal workings of plants in real time could help shed some light on this subject, a subject that almost seems to rely on philosophy as much as it does on biological science.

Any answers that this field of study might provide could very well change our attitudes toward how we treat plants, as similar efforts with animal consciousness might be shifting attitudes toward livestock and other animals.

“If plants have some degree of sentience, can we justify our treatment of them in agriculture, logging and all the other ways we exploit them?” asks Calvo.