A Paleolithic Village Was Destroyed by a Comet, 12,800 Years Ago 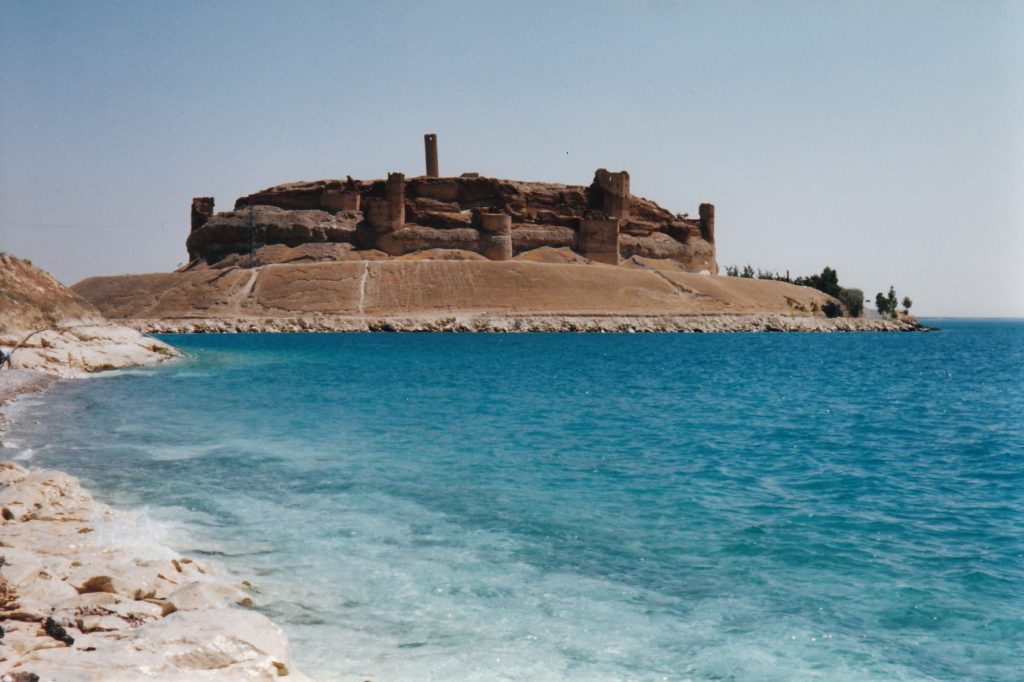 A multi-disciplinary team of researchers has uncovered evidence that an ancient village in modern-day Syria has the unusual distinction of being the only known human community to be destroyed by the impact of a comet that occurred 12,800 years ago, at the start of the Younger Dryas period.

Excavated over a period of two years in 1972 and 1973, the village of Abu Hureyra was built on a tell situated in the Euphrates valley in modern-day Syria. The archaeological expedition was conducted as a “rescue”, as the site would later be flooded by Lake Assad, the reservoir of the Tabqa Dam, which was being constructed at the time. The excavation site has since become inaccessible, submerged at a point in the lake 2.25 kilometers (1.4 miles) from shore.

Settlement of the tell at Abu Hureyra spanned a period of 4,000 years: beginning as a settlement of sedentary hunter-gatherers around 13,500 years ago, the village’s inhabitants took up farming, including the cultivation of wild einkorn and emmer wheat, rye and lentils. The settlement was abandoned 1,300 years later, likely due to the onset of the Younger Dryas period, a climate disruption that caused a centuries-long drought. 700 years later, people had returned to Abu Hureyra, but by now they were cultivating domesticated varieties of rye, wheat and barley, and included sheep as livestock as a replacement for the wild game their ancestors used to hunt. Before the settlement’s eventual abandonment 2,000 years later, Abu Hureyra had grown into a village of several thousand people, believed to have been one of the largest communities of the era.

But it was during Abu Hureyra’s first period of settlement that an unusual—and undoubtedly terrifying—event occurred: the village appears to have been struck by a fragment of a comet, making it the only known human community known to have suffered such a fate. The event occurred 12,800 years ago, at about the same time as the start of the Younger Dryas, a temporary return of the Earth’s climate to cold conditions after the climate started to warm following the end of the Late Glacial Interstadial, the last ice age, about 7,200 years earlier.

“When we dug the site way back in 1973, I had noticed that there was heavy burning in one area, but of course, back then I wasn’t thinking about comets or asteroids or anything of that kind,” said Andrew Moore, an archaeologist and professor at New York’s Rochester Institute of Technology. Moore led the original excavation at Abu Hureyra, and is the lead author of the new study. “It now turns out that heavy burning was the result of the entire village going up in smoke as a result of this airburst incinerating the whole place.”

Moore’s team found that soil samples from the site were filled with tiny bits of melt glass, globules between 1 and 2 millimeters that were formed suddenly when bits of soil were vaporized by high heat, and then rapidly cooled. These bits of glass were found amongst seeds and grains recovered from the site, and also stuck to the adobe that once covered the village’s huts. The team also found high concentrations of nanodiamonds and charcoal that were likely formed by a high-energy impact.

“We found the glass splashed on little pieces of bone that were by the hearth, so we know that the molten glass had landed in this village while people were living there,” explains study co-author Allen West. The glass was found to contain molten quartz, chromferide and magnetite, materials that only melt between 1,720°C to 2,200°C (3,128°F to 3,992°F), temperatures that, at that time, could only be produced by natural occurrences.

“You have to use very sophisticated scientific analytical techniques to see these things, but once you see them, then there’s absolutely no doubt about what it is you’re confronting, and there’s only one explanation for it,” according to Moore. “This melt glass required enormous heat far beyond anything that a group of hunters and gatherers could ever generate on their own.”

The team was also able to rule out terrestrial sources, such as wildfires or volcanism, as these phenomena cannot reach the temperatures required to melt these minerals. And while lightning can produce such temperatures, lightning strikes leave a tell-tale magnetic signature that wasn’t present in the glass.

“This cannot be the result of fires,” according to Peter Schultz, a geologist and planetary scientist at Brown University, who wasn’t involved in the study. “Their results strongly support their conclusions that an impact or, more likely, airburst occurred in the region.”

Further analysis revealed that Abu Hureyra appears to have been rebuilt shortly after the impact by the same people that originally settled there, as evidenced by the tools dated to both before and after the event. But the survivors made one important change to their way of life, by adopting the early agricultural practices that have historically distinguished the culture that lived there.

“I don’t think the Abu Hureyra people necessarily invented this, but Abu Hureyra is the earliest site where we could say that something like systematic agriculture really is getting on the way,” Moore explained. “In the utterly changed climatic circumstances, they began to farm, they started to cultivate fields of rye and then, in time, wheat and barley, and eventually, they also started into livestock keeping with sheep and goats,” Moore continued. Eventually, “the thing developed into an enormous settlement with several thousands of inhabitants, and it became quite the dominant village in that part of Syria.”

Although Abu Hureyra now appears to hold a unique place in human history as the only settlement known to have been struck by a comet, the incident is yet one more piece of a much larger phenomenon postulated by what is known as the Younger Dryas impact hypothesis. This hypothesis proposes that the Earth was struck by a large asteroid or comet roughly 12,800 years ago, and may have ushered in the Younger Dryas’s brief period of cooling between 12,900 and 11,700 years ago—indeed, the inhabitants of Abu Hureyra may have borne witness to the calamity that caused the later abandonment of their village.

The body of evidence pointing to such a world-altering impact comes from sites as diverse as locations in North and South America, Greenland, Western Europe, the Middle East and South Africa. In late 2018, a massive impact crater was found partially hidden under Greenland’s Hiawatha Glacier that may have been made at the same time as the proposed Younger Dryas impact, and a second, slightly larger crater was found only a few months later, just 183 kilometers (114 miles) from the first impact site.

Researchers believe the climate disruption caused by the Younger Dryas prompted neolithic humans in the Middle East to develop more systemic agricultural practices: perhaps the comet witnessed by the Abu Hureyra villagers also eventually led to their descendant’s adoption of a new way of life?

(Update, Apr 28: The title incorrectly stated that the event took place 28,000 years ago; I’ve corrected this to the proper time span. My apologies for any confusion that this may have caused. ~Matt)

Subscribers, to watch the subscriber version of the video, first log in then click on Dreamland Subscriber-Only Video Podcast link.
2020-04-21
Previous Headline News Post: New Whitley’s Journal: A Path Back from the COVID-19 Lockdown
Next Headline News Post: Hydroxychloroquine Studies and EUA Field Use Delivers Mixed Results on Efficacy and Safety