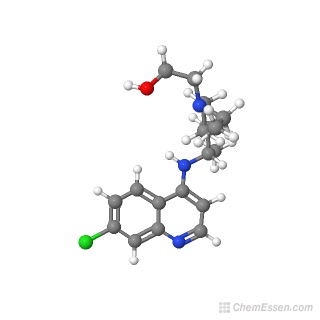 In the race to provide effective treatments for patients stricken with COVID-19, hydroxychloroquine—an already available, albeit now controversial, drug—is considered to be amongst the front-running candidates in the fight against the coronavirus that’s behind the pandemic. But despite promising in vitro study results (and a premature endorsement by President Donald J. Trump) early small-scale studies and reports from doctors in the field are delivering mixed results, ranging from rapid recoveries to an increased death rate amongst the test subjects.

Approved for medical use in the U.S. in 1955, hydroxychloroquine (HCQ) is typically used to prevent and treat malaria, but it has also been found to be useful as a treatment for rheumatoid arthritis and lupus. Inexpensive and comparatively safe when used as prescribed, the drug is on the World Health Organization’s List of Essential Medicines. Although HCQ has not yet been cleared as a general treatment for COVID-19, the Food and Drug Administration (FDA) has issued an Emergency Use Authorization (EUA) that enables physicians in the field to use the drug on COVID-19 patients with advanced cases.

The largest study concluded on HCQ thus far is one that was conducted using the records of 368 male COVID-19 patients provided by U.S. Veterans Health Administration medical centers, involving a mix of patients that were administered either hydroxychloroquine or just routine care. Unfortunately, at 28 percent, the mortality rate was more than double for the group receiving HCQ treatment than the 11 percent that died amongst those receiving regular treatments. Another group treated with a combination of HCQ and azithromycin, an antibiotic used against secondary bacterial infections, only fared marginally better, with 22 percent succumbing to the illness. Additionally, HCQ appeared to make no difference in preventing having to put a patient on a ventilator.

“In this study, we found no evidence that use of hydroxychloroquine, either with or without azithromycin, reduced the risk of mechanical ventilation in patients hospitalized with Covid-19,” the study’s conclusion states. “An association of increased overall mortality was identified in patients treated with hydroxychloroquine alone.”

Although the study did not track side effects, it suggested that HCQ might have caused organ damage in the patients that received the treatment; for instance, hydroxychloroquine is known to cause abnormal heart rhythms, such as a prolonged QT interval, a side effect that could exacerbate cardiac damage that the SARS-CoV-2 virus is known to cause. A Brazilian high-dose study using chloroquine, HCQ’s close counterpart, was halted after numerous subjects died after developing dangerously irregular heart rates.

It is important to note that the VA study only involved a small number of subjects, and used data from the treatment of patients that were not involved in an environment that would normally be required for a proper clinical trial. The study’s conclusion warns that “these findings highlight the importance of awaiting the results of ongoing prospective, randomized, controlled studies before widespread adoption of these drugs.”

There are, however, reports from medical professionals of the successful use of hydroxychloroquine as a treatment for COVID-19. Dr. Anthony Cardillo, with the Mend Urgent Care in Sherman Oaks, California, reports that he’s seen dramatic success using a combination of HCQ and zinc in the handful of patients that he’s administered the treatment to. Although the treatment was only given to five of his patients with conditions serious enough to warrant using HCQ, Dr. Cardillo says that their conditions improved fast enough for them to be considered outpatient cases—patients that are hospitalized for less than 24 hours.

“It was actually the hydroxychloroquine opening up a channel in the cellular membranes allowing zinc to come into the cells,” Dr. Cardillo explains, “And we do know high levels of zinc inside of the cell that’s infected with the virus shuts down that viral replication machinery.”

Dr. Cardillo stresses that the results he’s reporting need to be considered anecdotal, and are not proof of either the drug’s effectiveness or safety in treating severe cases of COVID-19. He also warns that HCQ should only be taken as prescribed by a qualified healthcare professional, as there is a fine line between the safe administration of the drug and a potentially lethal dose, and that it should only be used as a treatment for COVID-19 and not as a preventative measure. He also stresses that HCQ’s use should be reserved for only severe cases, so as to not jeopardize its availability to people who suffer from autoimmune diseases, such as lupus.

“This regimen has to be used on a hospital level, it has to be managed by physicians for people who are getting very sick,” Dr. Cardillo said. “The basic tenet or principle of medicine is to do no harm.”

It is important to note that the results being reported in both of these examples are far from conclusive evidence pointing toward hydroxychloroquine’s efficacy or safety—or lack thereof—as stated by both the authors of the VA study and Dr. Cardillo. Larger studies with a more formal structure are still forthcoming, and will provide a better view on whether or not hydroxychloroquine will become a much-needed weapon against the COVID-19 pandemic.

Subscribers, to watch the subscriber version of the video, first log in then click on Dreamland Subscriber-Only Video Podcast link.
2020-04-22
Previous Headline News Post: A Paleolithic Village Was Destroyed by a Comet, 12,800 Years Ago
Next Headline News Post: NOAA Predicts That 2020 Will Be the Hottest Year on Record