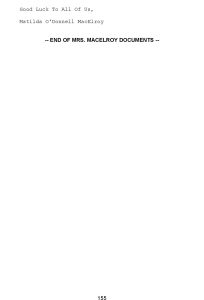 A last-minute amendment to this year’s National Defense Authorization Act could force the Pentagon to uncover previously undisclosed documents regarding UFOs that may have been filed away for decades. The Act directs the Department of Defense to review all available records on UAP (now referred to as unidentified anomalous phenomena) dating back to 1945, a date that may have been chosen so as to include any potential records regarding a little-known UFO crash retrieval that allegedly took place near the site of the world’s first nuclear detonation.

Signed into law on December 23 of last year, an amendment to the National Defense Authorization Act for Fiscal Year 2023 (NDAA 2023) introduced by Representative Mike Gallagher (R-WI), directs the newly-formed All-domain Anomaly Resolution Office (AARO) to produce “a written report detailing the historical record of the United States Government relating to unidentified anomalous phenomena” that is to “focus on the period beginning on January 1, 1945” to the present; this report is due to be delivered to the congressional intelligence committees within 18 months of the enactment of NDAA 2023.

The investigation is to be extensively comprehensive, and is to include “records and documents of the intelligence community;” “oral history interviews;” “interviews of current and former Government officials;” and “classified and unclassified national archives,” records, according to the amendment’s text.

It should be noted that by “intelligence community” the amendment also includes the “intelligence elements” of the armed forces branches, the Department of Energy and Department of Homeland Security, along with the agencies more traditionally associated with intelligence gathering, such as the CIA, DIA and NSA, all of whom are now required to have a representative “physically located” at the AARO office.

An itemized list of key historical records of the intelligence community’s involvement with UAP is to be included as part of the report, including “any program or activity that was protected by restricted access that has not been explicitly and clearly reported to Congress,” along with “successful or unsuccessful efforts to identify and track unidentified anomalous phenomena.”

In a statement, Representative Gallagher said that a “comprehensive timeline” of the U.S. government’s records of UAP was needed, and that the amendment to the NDAA would ensure a full review of “all U.S. government classified and unclassified information.”

“This is an important step that will give us a more comprehensive understanding of what we know—and don’t know—about incidents impacting our military,” Gallagher added.

The start date of the period of the report’s focus, “beginning on January 1, 1945,” may have been chosen so as to include a little-known UFO crash/retrieval event that happened nearly two years before the more famous Roswell crash in 1947 that was brought to light by UFO investigators Paola Harris and Dr. Jacques Vallée in their 2021 book, TRINITY: The Best-Kept Secret.

According to the surviving witnesses to the event, an avocado-shaped craft crashed on a ranch near the New Mexico town of San Antonio in August 1945 after striking a communications tower at the northwest corner of the White Sands Missile Range, a mere 32 kilometers (20 miles) from the Trinity Site, ground zero for the detonation of the world’s first atomic bomb.

Although they were children at the time, two of the witnesses interviewed by Harris and Vallée described their discovery of the crash site after witnessing the craft strike the tower, where they saw the vehicle’s occupants through a hole in the side of the ship; over the next few days, U.S. Army personnel cleared the site of debris and prepared the wrecked craft for transport.

Provided that there are any surviving records of the incident, the Trinity crash may offer a unique set of documents, considering that the event happened before the modern concept of UFOs entered public consciousness—indeed, the crash reportedly happened two years before Kenneth Arnold coined the term ‘flying saucer’, and well before ‘unidentified flying object’ entered the public lexicon. Perhaps some records escaped the classification process, if the authorities handling the case were unaware of the full gravity of the situation.

Regarding the NDAA amendment, Dr. Vallée remarked that its inclusion was “an absolute turning point.”

“This is what all scientists and my colleagues have always dreamed of,” Vallée added, remarking that the government’s willingness to investigate historical UFO documents, both classified and otherwise, means that “the stigma has been removed.”

“The American public can reasonably expect to get some answers to questions that have been burning in the minds of millions of Americans for many years,” remarked former deputy assistant secretary of defense for intelligence Christopher Mellon. “If nothing else, this should either clear up something that’s been a cloud hanging over the Air Force and Department of Defense for decades or it might lead in another direction, which could be truly incredible. There’s a lot at stake.”

“This is an office now that has a voice and resources, and it has authority,” Mellon added.