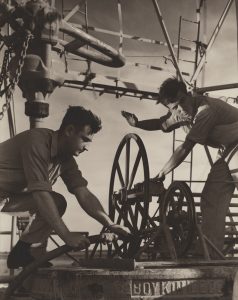 In 2015 it was revealed that Exxon had, in the 1970s and 1980s, conducted extensive research into global warming, using the company’s extensive resources to investigate the impact that the use of their product would have on the environment, long before the phenomenon came to be a growing concern amongst climate scientists. The conclusions borne from this research offered a surprisingly accurate series of predictions about the current state of the climate—even more accurate than many independent climate studies conducted in the same era, according to a recent Harvard study—now that atmospheric carbon dioxide levels are now more than fifty percent higher than they were before the industrial revolution.

“We found that not only were [Exxon’s] forecasts extremely skillful, but they were also often more skillful than forecasts made by independent academic and government scientists at the exact same time,” remarked study co-author Naomi Oreskes, Professor of the History of Science and Affiliated Professor of Earth and Planetary Sciences at Harvard University.

That eerily prophetic research, conducted in the late 1970s and early 1980s, illustrated that the continued widespread use of fossil fuels would result in an increase in global temperatures; as an example, a graph produced by Exxon in 1982 predicted that atmospheric CO2 levels would rise to 415 ppm by 2019, resulting in an average global temperature increase of 0.9°C (1.62°F); this graph was posted in a tweet by Bloomberg journalist Tom Randall in May 2019, pointing out that the world’s CO2 levels had indeed reached 415 ppm that week, although the 0.9°C mark had been crossed two years earlier.

But just how accurate were Exxon’s predictions when stacked up against their contemporaries’ research? The Harvard team assessed the studies produced by the fossil fuel industry and assigned a “skill score” to their predictions; they found that Exxon’s own projections hit an average accuracy of 72 percent, with one 1985 peer-reviewed publication reaching a dead-on skill score of 99 percent. Conversely, the global warming projections presented to the U.S. Congress in 1988 by NASA climatologist James Hansen only achieved scores ranging between 38 to 66 percent.

But despite having such high-quality data regarding the risks to the environment in hand, the company did not take the steps necessary to avoid having their product cause such environmental chaos; instead, Exxon, along with other industry leaders, embarked on a campaign to quash the question of climate change through government lobbying and disinformation, going so far as to interfere with the Kyoto Protocol conference in 1997.

In the same year that the investigative reporters with InsideClimate News (ICN) broke the story about the extensive climate research conducted by the Exxon, the Union of Concerned Scientists published the results of their own investigation into the actions taken by the fossil fuel industry to protect the reputation of their product, titled “The Climate Deception Dossiers: Internal Fossil Fuel Industry Memos Reveal Decades of Corporate Disinformation”.

This report, outlining how industry representatives engaged in government lobbying, fraudulent science and forging documents sent to Congress, can be read on the UCS website.

Although ExxonMobil does not dispute that the research in question took place, company representatives have been trying to downplay how important the studies’ findings were to Exxon executives of the time, although the evidence to the contrary, such as the global warming educational video “Climate of Concern”, produced by the Shell oil company in 1991, tells another story.

“Our analysis here I think seals the deal on that matter,” according to study lead Geoffrey Supran, the former research fellow in the History of Science at Harvard. “We now have totally unimpeachable evidence that Exxon accurately predicted global warming years before it turned around and publicly attacked climate science and scientists.”

Subscribers, to watch the subscriber version of the video, first log in then click on Dreamland Subscriber-Only Video Podcast link.
2023-01-19
Previous Headline News Post: Despite Being the Most Transmissible Version of COVID-19 Yet, ‘The Kraken’ Is No Sea Monster
Next Headline News Post: Pentagon Ordered to Review and Report on Eight Decades of UFO Documents