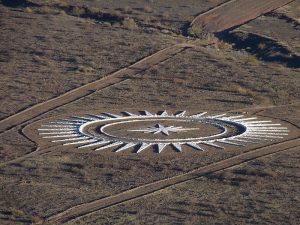 The Pentagon has established a new office tasked with investigating unidentified aerial phenomena, the All-domain Anomaly Resolution Office (AARO). The AARO will replace the Airborne Object Identification and Management Synchronization Group (AOIMSG), established just last November, and is intended to expand the scope of the military’s UAP investigations. This news comes on the heels of Congress passing an amendment to the National Defense Authorization Act FY 2022 that will make the reporting of UAP encounters easier for US service personnel.

According to Pentagon spokesperson Sue Gough the AARO will consist of the previously-established AOIMSG, “as well as a mission expansion” in line with the amendment made to this year’s National Defense Authorization Act. The bi-partisan amendment, passed on July 13, is intended to not only provide better oversight and security for the UAP reporting process, but to also better facilitate UAP reporting and encourage service members to come forward with their stories.

“We need to empower our service members to be transparent and to drop the stigma surrounding Unidentified Aerial Phenomena,” stated Representative Ruben Gallego, one of the amendment’s sponsors.

Gallego’s co-sponsor Representative Mike Gallagher said that their “primary interest… is to ensure that our military and intelligence community are armed with the best possible information, capital, and scientific resources to defeat our enemies and maintain military and technology superiority. This amendment will play an important role in furthering Congress’ ability to fact gather and further prove or disprove the origin and threat nature of whatever seems to be flying in our skies.”

The amendment is also meant to provide a channel for potential witnesses that may otherwise be bound by non-disclosure agreements that would prevent them from stepping forward.

“I believe it’s possible that folks may be precluded from being fully transparent with Congress due to their being bound by non-disclosure agreements,” Gallagher added. “If that’s true, I want to make sure that there’s no technical reason preventing them from speaking to us.”

Alongside the more open avenues for reporting provided by the amendment, the formation of the AARO is intended to bring the operations of its predecessor in-line with the NDAA amendments made last fall that were aimed at expanding the investigative powers and scope of the AOIMSG.

“The original name (AOIMSG) and mission did not include the expanded scope of the organization outlined in Section 1683 of fiscal 2022 NDAA,” Gough explained. “We feel that the new name, AARO, better reflects the expanded scope and mission of the office – which includes anomalous, unidentified space, airborne, submerged and transmedium objects.”

“The mission of the AARO will be to synchronize efforts across the Department of Defense, and with other US federal departments and agencies, to detect, identify and attribute objects of interest in, on or near military installations, operating areas, training areas, special use airspace and other areas of interest, and, as necessary, to mitigate any associated threats to safety of operations and national security,” according to Gough. “This includes anomalous, unidentified space, airborne, submerged and transmedium objects.”

Subscribers, to watch the subscriber version of the video, first log in then click on Dreamland Subscriber-Only Video Podcast link.
2022-07-29
Previous Headline News Post: Climate Watch: What Can We Do to Save our World? (Hint: It’s not Hard or Expensive and We can do It Right Now)
Next Headline News Post: The New Level of Quantum Computing: A 9,000-Year Computer Problem Solved in Just 36 Microseconds