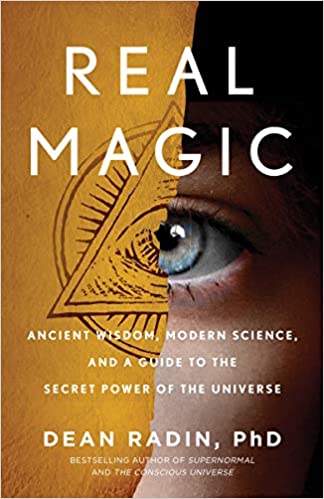 Dean Radin joins Whitley for a very powerful and important discussion about real magic, by which we mean powerful natural forces that we have been told don’t exist and that we don’t understand, but which we CAN understand and CAN use to empower ourselves and, frankly, save this world of ours for our children.

Dean, which his long experience of studying mysterious powers from a scientific standpoint, is all about turning those powers into tools that we can all use. During the show, he comments that many intelligent species in the universe who are, like us, in their adolescence, never leave it. We can become a mature species. We can survive, and drawing powers that are now considered magical into mainstream life is a critical step in that direction. Listen as Dean outlines not only how this works, but shows that a great deal more has been accomplished scientifically in this area than we realize.

In the third part of the show, Whitley brings up the strange little individual who followed him and Anne from upstate New York to Texas, and asks him why it was that this strange man could read minds. DEAN’S ANSWER IS AMAZING.

To supercharge your path to empowerment, explore the offerings of the Institute for Noetic Sciences. Click here.

Get Real Magic and Supernormal from our store. Explore Dean’s many other empowering books at DeanRadin.org.

Subscribers, listen to Whitley describe his new understanding of his relationship with Anne. Also, the founder of the Institute of Noetic Sciences was Edgar Mitchell. Don’t miss his marvelous 2008 Dreamland interview. Click here to listen! (Must be logged in to listen.)

Subscribers, you can now get the SUBSCRIBER VERSION of Dreamland on a mobile app. Go to the Dreamland homepage to find out more.