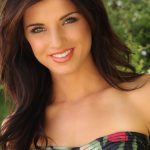 Rachele Brooke-Smith is an actress, life coach and, since meeting Caroline Corey and being in the film Superpowers, also a remote viewer. Here, she tells us her fascinating story of what it is like to unexpectedly discover that you have the ability to remote view, and then goes on to explain her theories of personal empowerment and her ideas about how to disrupt life habits that keep us from achieving all that we can.

For subscribers, Whitley tells the amazing story of how a vesica pisces entered his life as a living form, what it really was and how it has become a daily companion and teacher. This talk is filled with not-to-be-missed insight, so if you’re not a subscriber do yourself a favor and subscribe so you WON’T miss it! Listening to Whitley move from one long-hidden esoteric secret to another, revealing them all in a completely new way is, frankly, breathtaking.

Remember years ago when Betty Andreasson reported that the visitors had made the enigmatic statement “children of the northern peoples, you wander in eternal darkness?”
Whitley has understood the nature of that darkness and how to leave it.

Get set for an incredible listening experience this week. Rachele is a powerful, empowering soul and Whitley’s new insights are pure amazement.