John Martin and His Celestial Friends…and How He Contacts Them 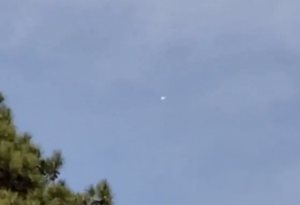 John Martin is a close encounter witness, experiencer, and talented classical guitarist with the astonishing ability to consistently summon strange lights in the sky, which he films and posts on his Youtube channel (John Martin UFO and ET Intelligence) and Tiktok account (@johnmartin1779). He has developed a deep relationship – perhaps even a friendship – with those mysterious lights, using music as a medium to offer his gratitude and love to the cosmos – and he almost always receives a response.

In a rare interview, two individuals with incredible histories of deep and meaningful contact come together to discuss UFOs and UAPS, the role of music in the contact experience, John’s surprising friendship with Jimmy Carter and their discussions of UFOs, and much more.

What John is doing is an example of how contact can transform into something beautiful, and here, he tells us exactly how he does it.

John uses a SIONYX Aurora 1 Night Vision Camera to make his videos. To learn more about this camera, click here.

This show is part of our ongoing series about personal contact. We all have the potential to do just what people like John and Peter Maxwell Slattery are doing. Plus Melinda Leslie leads nightly tours and can give you the experience. BUT, once you are seeing verifiable UFOs, what do you do? That’s going to be an ongoing topic in the future on Dreamland.