Have the Anunnaki ALREADY Returned!? 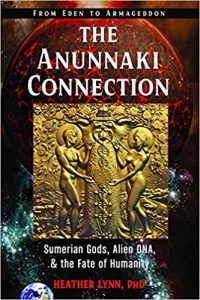 Dr. Heather Lynn returns to Dreamland after her EPIC show last year about her book Evil Archaeology. This time, she offers a whole NEW take on the Anunnaki, exploring this mysterious legend from the perspective of a professional historian and, as she describes herself a “renegade archaeologist.” In the first hour of this exciting show, she tells us some amazing facts about ancient Sumeria and how it was that its great cities appeared virtually out of nowhere over the short span of a couple of hundred years. As Whitley points out, it’s as if we had nothing but mud huts in 1900 and by 2000 had not only build large cities, but invented everything from the library to the sixty-second measure of time to the most basic covenants of civilization and much, much more.

This show delves deeply into the mysteries of the past, but then, in the 3rd half hour, goes into the FUTURE when Whitley asks the question: have the Anunnaki already returned, and if so, what does that mean for us and our future?

You think you’ve heard all there is to hear about the Anunnaki? Think again!

Get the Anunnaki Connection and make some new discoveries! Click here.

Subscribers, to watch the subscriber version of the video, first log in then click on Dreamland Subscriber-Only Video Podcast link.
2020-03-27
Previous Dreamland Podcast Post: First, a Coronavirus Update, Then Joseph Farrell on the Complex Geopolitical Crisis Being Caused by the Virus and MUCH MORE!
Next Dreamland Podcast Post: First Trish MacGregor with an Astrology Update, then Catherine Austin Fitts on the State of the World