Has Human DNA Been Manipulated? 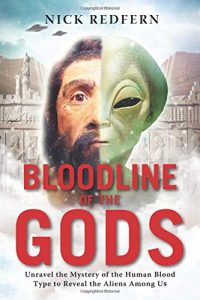 Are significant numbers of humanity the product of an ancient and advanced alien civilization? Have we, across the millennia, been periodically modified and refined as a species? In short, has our genetic make-up been manipulated by otherworldly beings that view human civilization as one big lab experiment?

This week, Nick Redfern makes a fascinating case for the strangeness of our DNA. What happened to cause the enormous leap from Neanderthal to Cro Magnon man 45,000 years ago? In contrast to what had happened in human development in the past, they were a long evolutionary leap ahead of all that had come before. That gap has not yet been explained.
Or has it? Listen as Nick makes his case!

Subscribers can listen to lots of incredible programming from this popular guest: click here to see our list!