Nancy du Tertre asks, can aliens speak our languages, can we understand them? We need new discoveries
about communication between us and 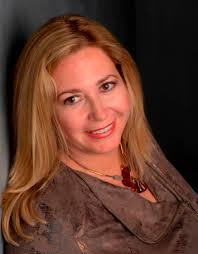 Could it be that there is a single, powerful message being communicated across the whole experience? If so, what is it? And what role does telepathy play? Mind control? What are ‘downloads’ and who gets them?

There is far too little discussion of this most basic of all contact issues: is there communication, and what does it mean?
Nancy du Tertre is a Princeton graduate, a securities litigation attorney and a remote viewer trained in military CRV methods. She has thought deeply about the problem of alien human communication, and how we can approach it. She has some answers, and they are provocative and urgent.

Subscribers, to watch the subscriber version of the video, first log in then click on Dreamland Subscriber-Only Video Podcast link.
2015-10-29
Previous Dreamland Podcast Post: An Unknown Abuction Event Skillfully Researched
Next Dreamland Podcast Post: Everyone Carries a Shadow: the Secrets of Aleister Crowley, UFO Encounters PLUS a Surprise Visit from Anne Strieber!