Ray Grasse Astrology and Our LIves 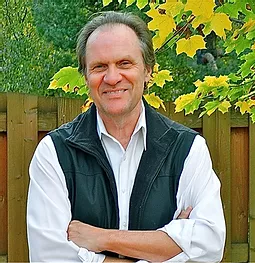 Ray Grasse is a Chicago-based writer, musician, photographer, and astrologer. He worked for ten years on the editorial staffs of Quest Books and The Quest magazine, and has been associate editor for The Mountain Astrologer magazine since 1998.

He received a degree in filmmaking from the Art Institute of Chicago under experimental film pioneers Stan Brakhage and John Luther-Scofill. He studied with various teachers in both the Kriya Yoga and Zen traditions, and in 1988 taught at Canyon Ranch Resort in Tucson, Arizona. He’s lectured extensively on the topics of astrology, synchronicity, and mythology, and maintains an active astrological practice with clients around the United States and abroad.

Besides his own books, he has contributed to many anthologies, including Karma: Rhythmic Return To Equilibrium (Quest Books, 1990), Eastern Systems For Western Astrologers (Weiser, 1997), Greg Taylor’s Darklore anthologies, Vols. 7 and 8, The Astrology of Film (iUniverse, 2005), and Issues and Ethics (The Academy of Astro-Psychology, 2005).

In 2014 he completed a music CD titled “The Sea Within” (see accompanying page on this site), and he is also an accomplished photographer. His photography website is www.raygrassephotography.com

Ray is available for lectures and media appearances. He can be contacted at jupiter.entreact@rcn.com