Peter Champoux: The Masons are Behind the Wounded Knee Massacre and the Deliberate Repression of Human Potential

Home  »  New Observations   »   Peter Champoux: The Masons are Behind the Wounded Knee Massacre and the Deliberate Repression of Human Potential 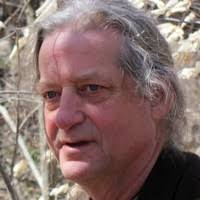 New Observations podcast is delighted to welcome Peter Champoux back to the show. Peter traveled to Wasta, South Dakota to speak at the recent Consciousness and Contact event. This intimate conference was the last in a series of four and brought together an extraordinary group of individuals with very specific skill sets.

During our visit to the Wounded Knee Memorial, Peter initiated healing work as he was called to do. What he discovered is profound in scope in relation to our past and the future of humanity.
Peter Champoux Bio:
Peter Champoux attributes the knowledge he brings to the fore the result of consciously splitting rock into stone in a 25-year career as a classical stonemason. Working the rock of Massachusetts he saw the angle in rock fracture matched its river confluence angle and concluded that like flowers et al the earth’s lithosphere must also express in the sacred cannons of geometry used in cathedral design to which a corresponding geometry was found in the triangulation of mounts: Mansfield, Washington, and Ascutney; pointing to the center of North America in Shelburne Falls, MA via Chester VT. He has worked with this matrix with poet-artist Harry Hudson of Chester, Vermont, and describes these early discoveries in Gaia Matrix in 1999. Peter’s first big download of this information occurred in 1993 with a focus on North America which has since expanded worldwide.
Of late he has been working on releasing the collective trauma centered around the New Madrid EarthRing a collective heart(math) action to heal the rift between N/S black/White, Native/white trauma clustered within this Integral Membrane Pluton (IMP) of transmitting and expanding this trauma into earthmind (aka, earthcell membrane). Another IMP is the Black Hills of South Dakota. An ongoing drumbeat for Peter is the trauma patterns emanating from the great pyramid. An article on that problem was published on my website.
Map images linked HERE.
Peter was present at Mateo Tipila on World Peace and Prayer Day while on pilgrimage to the Black Hills last June along the 104th longitude. He has worked extensively with Chief Arvol and Paula Looking Horse to cleanse and clear trauma in the land and Native American people.
Dreamland Video podcast
To watch the FREE video version on YouTube, click here.

Subscribers, to watch the subscriber version of the video, first log in then click on Dreamland Subscriber-Only Video Podcast link.
2021-08-12
Previous New Observations Post: An Ongoing Conversation with God with Peter Panagore