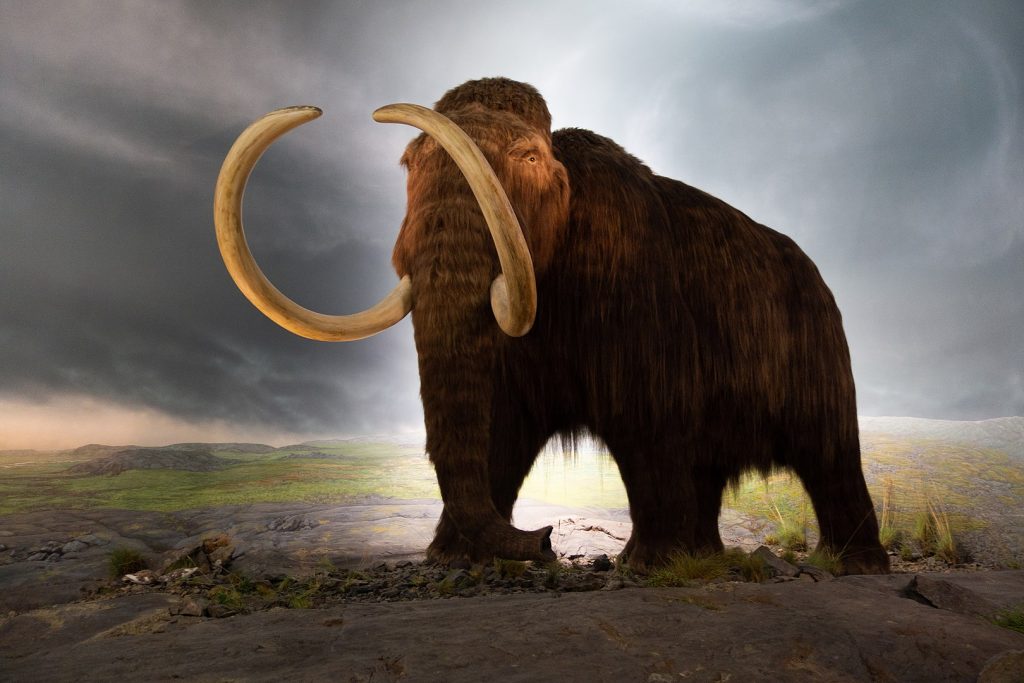 The push to have woolly mammoths cloned and reintroduced into the wild has received a $15 million boost, with the project’s lead scientist saying that the reintroduction of a hybrid of the currently-extinct creatures and Asian elephants would be used to help combat the effects of climate change in the Arctic.

The research team working on resurrecting the mammoths is led by Harvard Medical School genetics professor George Church, a pioneer in new approaches to gene editing. With $15 million in funding provided by bioscience and genetics company Colossal, their aim is to use an Asian elephant as a surrogate—both as a genetic template and possibly as a host to gestate the mammoth calf—for reintroduction into the Siberian landscape as a method of mitigating the effects of global warming. The team also hopes that this approach will help conserve Asian elephants as a species by equipping them with new traits that would allow them to expand into different habitats, such as the Arctic tundra.

“Our goal is to make a cold-resistant elephant, but it is going to look and behave like a mammoth. Not because we are trying to trick anybody, but because we want something that is functionally equivalent to the mammoth, that will enjoy its time at -40°C, and do all the things that elephants and mammoths do, in particular knocking down trees,” according to Church.

Many mammoth carcasses with intact genetic material have been recovered from the Siberian permafrost over the decades, providing the researchers with a genome to cross-reference with the DNA of extant elephants to isolate the genes particular to woolly mammoths. After synthesizing the new genome, the researchers would then create an egg cell from stem cells and replace its nucleus with the genetic material of the mammoth; after the egg starts to divide, it would then be either implanted into the uterus of a female elephant as a surrogate mother, or into an artificial womb to gestate, a period expected to last 22 months. Church’s team expects to be able to produce their first set of calves in six years.

The idea of using mammoths to combat the effects of global warming comes from a project currently being conducted in Siberia, where researchers have set up a nature reserve using animals that were present during the Pleistocene era that still exist today, such as bison, ox and wild horses, in an attempt to recreate the ecosystem from the last ice age. It was found that the animals’ trampling of the ground had a measurable impact on the permafrost: even when the air temperature was -40°C (-40°F), permafrost that was insulated by fresh snow was a much warmer -5°C (23°F), but in areas where the snow had been trampled down by animal hooves, the permafrost was a much colder -30°C (-22°F), as the compacted snow was less insulating.

Presumably, herds of woolly mammoths would have an even greater impact than the comparatively smaller modern-day megafauna, although the plan is not without its critics. “My personal thinking is that the justifications given—the idea that you could geo-engineer the Arctic environment using a herd of mammoths—isn’t plausible,” remarked Dr Victoria Herridge, an evolutionary biologist at the Natural History Museum in London, England.

“The scale at which you’d have to do this experiment is enormous. You are talking about hundreds of thousands of mammoths which each take 22 months to gestate and 30 years to grow to maturity.” Church, however, is hoping that the mammoths will breed amongst themselves once introduced into the wild, taking the burden of repopulation off of the lab, although there are no guarantees that the new hybrid pachyderms will be more successful in their new habitat than their modern—or former ice age—counterparts.

Subscribers, to watch the subscriber version of the video, first log in then click on Dreamland Subscriber-Only Video Podcast link.
2021-09-18
Previous Headline News Post: An Internet Apocalypse Could be Triggered by a Solar Superstorm
Next Headline News Post: New Ultra-White Paint Could Eliminate the Need for Air Conditioning