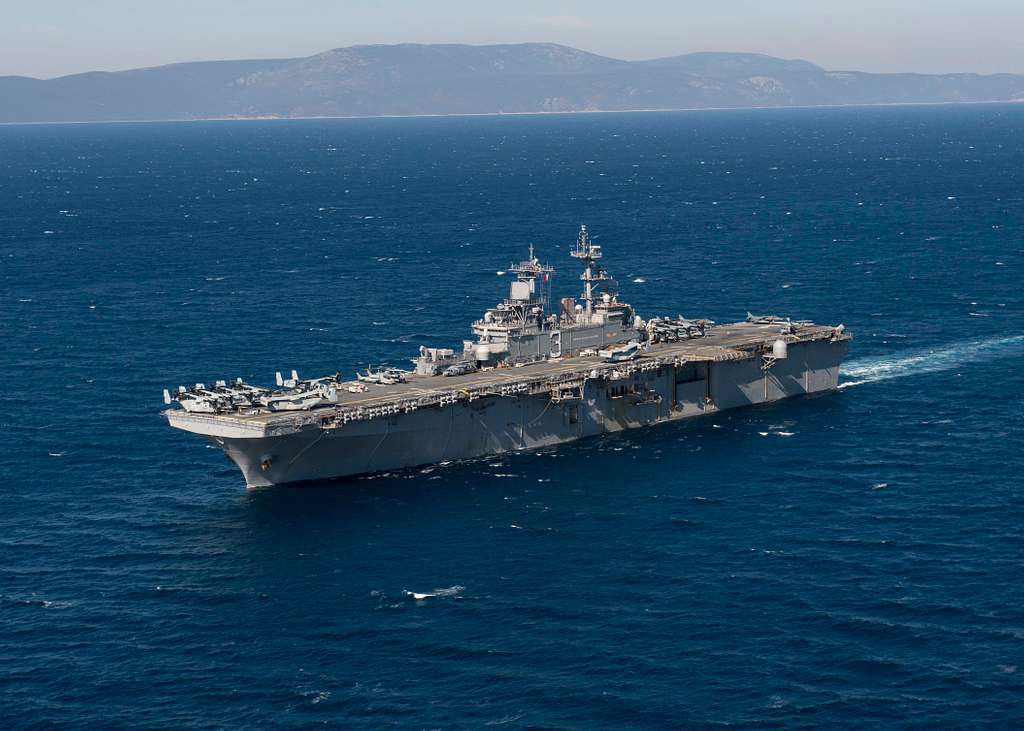 News of a new series of encounters between a US Navy warship and multiple UFOs has come to light, occurring between the amphibious assault ship USS Kearsarge and two balls of light in October of last year.

The incident was uncovered by documentary filmmaker Dave C. Beaty after he was approached by a retired US Marine officer going under the alias “Mark”. The witness said that at the time the Kearsarge was participating in training maneuvers off of the east coast in preparation for deployment overseas, including exercises in taking down enemy drones that encroach on the ship’s airspace.

One night, the ship was approached by two car-sized balls of light, trailing about a half-mile (0.8 kilometers) behind the Kearsarge roughly 200 feet (61 meters) above the water. The objects were first spotted by the deck watch, who could not acquire a thermal target lock on the lights.

The marines stationed onboard the Kearsarge initially assumed the lights were part of a surprise training exercise for their “Ghostbusters” team, the term used for crew members equipped with backpack-powered rifle-like firearms that project highly-directional radio-frequency jamming signals intended to disrupt the operation of remote-controlled drones. However, when their attempts to disrupt the targets failed, the Marines realized that they were dealing with something else entirely, and informed command that the targets were “not ours.”

The Kearsarge’s encounters with the unidentified objects reportedly continued for several nights. Beaty, the producer of the 2019 documentary The Nimitz Encounters, has been told that video footage of the encounters was recorded, but the material, part of a report on the incident filed by the ship’s crew, has been marked as classified by the Department of Defense. Regardless, Beaty plans to continue digging for more information regarding the incident.

In an interview with The Sun Online, Beaty said that “if these objects turn out to be not man-made and not foreign state actors, we need to be open and address these with academic study, empirical methods, and grant funding to conduct research at the university level.”

Subscribers, to watch the subscriber version of the video, first log in then click on Dreamland Subscriber-Only Video Podcast link.
2022-04-22
Previous Headline News Post: NDEs Are More Than Just Hallucinations, According to a Major New Study
Next Headline News Post: The New Solar Cycle Ramps Up With an X2.2-Class Solar Flare