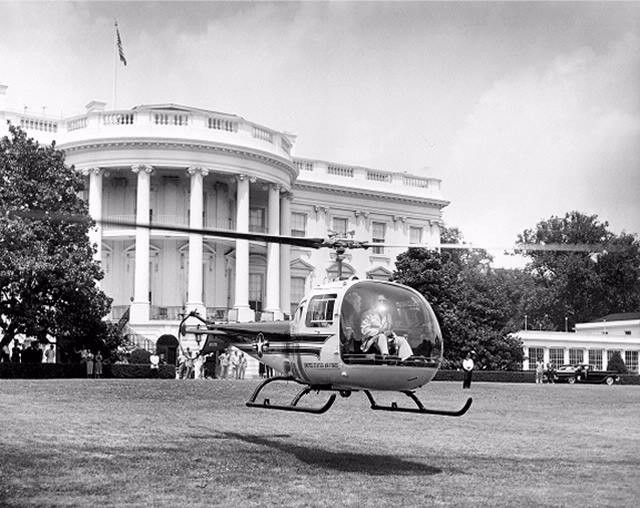 The White House was put under lockdown on November 26 after radar operators at the Capitol Police command center spotted a mysterious, “slow-moving blob” on their scopes just south of the National Mall. The radar return prompted the US Capitol to be placed on “restrictive access”, and military aircraft were scrambled in response, with authorities fearing that the unknown interloper was an unidentified aircraft, or possibly a drone that presented a security threat.

According to the Federal Aviation Administration (FAA), the airspace around Washington DC has the highest level of restricted access in the United States, due to “rules put in place after the 9/11 attacks [that] establish ‘national defense airspace’ over the area and limit aircraft operations to those with an FAA and Transportation Security Administration authorization.”

“Senior officials across the interagency are monitoring the situation on a national event conference call,” Pentagon spokesman Lt. Col. Chris Mitchell said during the early stages of the incident. “NORAD aircraft are on site and responding. Plane is not considered hostile at this time.”

However, US Coast Guard helicopters sent to investigate the skies over the capitol encountered no errant aircraft, and a ground search failed to find any evidence of a grounded drone. Even after the all-clear was given, authorities were still unsure as to what caused the mysterious radar returns, however the prevailing theory, according to Capitol Police, is that it was caused by a flock of birds, a fairly common source of false returns on radar scopes.

This notion is backed by air traffic control recordings obtained by CNN that revealed that one of the aircraft, belonging to the Coast Guard’s “Blackjack” squadron, reported encountering a flock of birds during their sortie over DC.

Pilot: “And we, uh, almost just hit a flock of birds here at about one thousand three hundred.”
Control: “Blackjack, you see the direction they’re going?”

“A trained radar operator should be able to differentiate between a flock of birds and an aircraft, but this mistake is actually a fairly common one,” according to retired Air Force Col. Cedric Leighton. “How the flock of birds appears on a radar screen can be very similar to the radar ‘look’ of a small aircraft. This happens sometimes with older radar systems.”