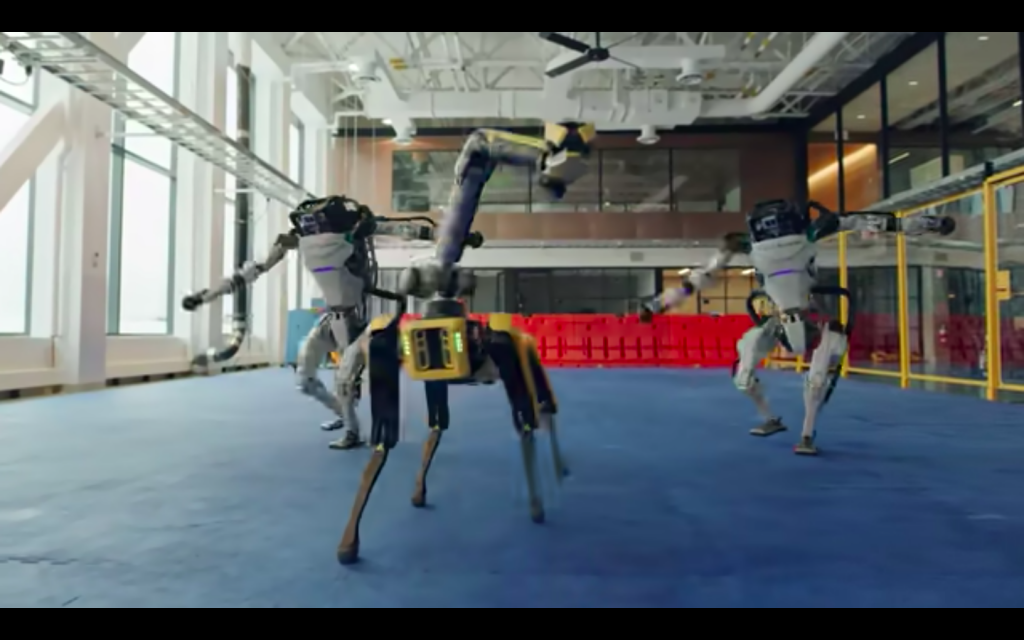 Atlas is back, and is wondering if you love Boston Dynamic’s anthropomorphic android, now that it can dance?

The robotics design company recently posted a video titled “Do You Love Me?”, named after The Contours 1962 hit song. The video shows off Atlas’s improved agility through a routine of classic dance moves—and the boogie-bot ain’t half bad. After showing that it can really shake ’em down, Atlas is joined by a matching-model dance partner, with the pair transitioning between the song’s “Mashed Potato” and “The Twist” cues with ease.

The four-legged Spot joins in on the fun with a quadruped version of the Running Man, and even pulls off a bit of pointe footwork while the Atlas duo perform ballet leg extensions—at least as far as their robotic joints will allow. The bird-like warehouse droid Handle also rolls in, shaking its money-maker, ducking and bobbing along with the music.

Atlas has come a long way in a short amount of time: it was just four years ago that Boston Dynamics released a demonstration video of Atlas trundling through the snow, handling boxes in a warehouse-like environment, and exercising good judgment after realizing that its boots were made fer walkin’ after enduring repeated abuse from an in-house hockey hooligan.
But what’s behind this display of the ‘bot’s ballroom boppin’? The droids’ designers included a caption with the video on Youtube: “Our whole crew got together to celebrate the start of what we hope will be a happier year:  Happy New Year from all of us at Boston Dynamics.”

And from the team at Unknown Country, here’s to dancin’ into a great 2021!
Image Credits:
News Source:
Dreamland Video podcast
To watch the FREE video version on YouTube, click here.