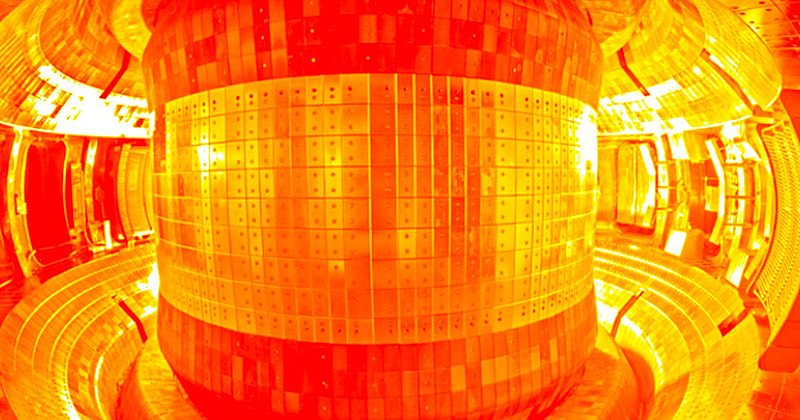 While this might seem like a less-than-useful amount of time to have run the high-tech facility at peak temperature, this 20-second uptime is more than double the length of the reactor’s previous record of 8 seconds, meaning that science is now 12 seconds closer to achieving sustainable nuclear fusion, and the low-cost clean energy that would come with the achievement.

Although natural nuclear fusion is a fairly common process that powers main sequence stars like our Sun, scientists on Earth don’t have the luxury of access to the nearly 4 trillion psi of pressure found in a stellar core. Instead, researchers use hydrogen plasma superheated to nearly 7 times the temperature found in the center of the Sun to force the plasma’s protons and electrons to collide with one-another, in turn setting loose the energy that the particles are composed of.

Suspended in a mid-air loop inside the doughnut-shaped reactor by superconducting magnets, the hydrogen plasma fuel injected into the KSTAR reactor is heated by powerful 28 megawatt radio emitters set to a frequency that enhances the heating effect by resonating with the spin of the electrons in the plasma. KSTAR has been extending its high-temperature operation in stages, with 100 million °C (180 million °F) first sustained for 1.5 seconds in 2018; that duration was extended to a full 8 seconds in the reactor’s 2019 experiment. 2020’s batch of experiments commenced in August, culminating in the new 20-second record on November 24, with the experiment’s conclusion having been scheduled for December 10.

Director  of the KSTAR Research Center at the KFE explains that “the technologies required for long operations of 100 million [degree] plasma are the key to the realization of fusion energy, and the KSTAR’s success in maintaining the high-temperature plasma for 20 seconds will be an important turning point in the race for securing the technologies for the long high-performance plasma operation, a critical component of a commercial nuclear fusion reactor in the future,” according to Si-Woo Yoon, director of the KSTAR Research Center. The ultimate goal of the KSTAR project is to extend the sustained 100 million degree temperature levels to 300 seconds (five minutes) by 2025.