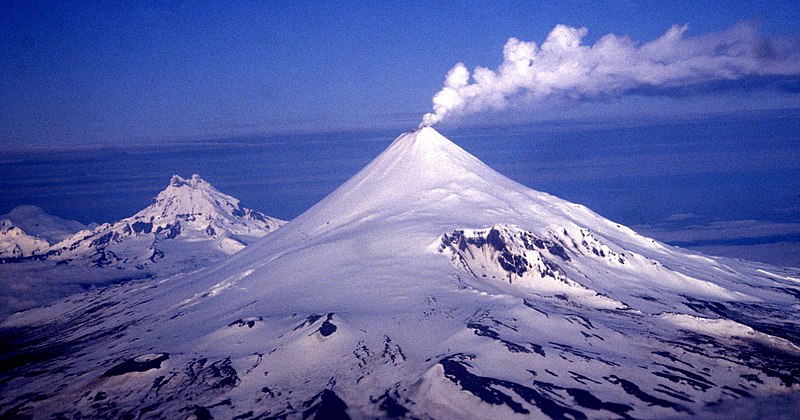 A large storm in the Pacific Ocean struck Alaska’s Aleutian Islands has setting a record as the lowest land-based pressure reading ever measured in the state.  This was recorded at 921mbar just after midnight on December 31, 2020. The storm was part of a set of extreme weather conditions spanning Northern Asia and the Pacific Ocean also triggering extreme cold, and high barometric pressure in parts of Siberia.

This series of weather extremes are likely the product of intensely cold air from the Arctic spilling down into Siberia, plus the advection of heat from warm Pacific tropical air, intersected by an extremely powerful 400 km/h (250 mph) jet stream.

These combined factors resulted in no less than three storms raging across the Northern Pacific on New Year’s Eve, with the westernmost of the trio walloping the central Japanese town of Minakami with over 2 meters (5.6 feet) of snow in 72 hours (to be fair, the region is extremely snowy, seeing an average of 10 meters (32.8 feet) of snow annually), and causing the temperature in Horokanai in Northern Japan to drop to -32.6°C (-26.7°F).

The extra-tropical storm that hit Alaska, considered “explosive” by meteorologists due to its 60 mbar drop in just 24 hours, hit the Aleutian Islands with hurricane-force winds in excess of 137 km/h (85 mph), and enormously destructive 18-meter (58-foot) waves. The storm’s central pressure bottomed out at 921 mbar beating out Alaska’s previous record of 926 mbar, set at Dutch Harbor on October 25th, 1977; the last storm to reach a pressure this low was in 2014, when Typhoon Nuri’s  pressure plunged to 910 mbar.  2020’s La Niña conditions along the equatorial Pacific didn’t help matters, indirectly contributing added precipitation to the storm happening further north.

The intense cold afflicting Asia over the past few weeks also produced a new world record for barometric pressure with a high of 1094.3 mbar, at Mongolia’s Tsetsen-Uul weather station on December 30. The previous record was 1089.4 mbar, also recorded at Tsetsen-Uul and on the same day in 2004. The temperature itself dropped to -55°C (-67°F) for some parts of Siberia, 20°C (36°F) below normal for that time of year, and a stark contrast to the triple-digit heat wave (Fahrenheit, of course) that baked the region over the summer of 2020, a long-standing weather event that had kept temperatures well above the seasonal norm until Siberia’s dramatic freeze in early December.

But that isn’t to say that one can’t take advantage of weather extremes such as this, as evidenced in a tweet posted by a resident of Novodibirsk, who braved the -45°C (-49°F) chill in an attempt to nosh on their bite of noodles.