There’s Even More Water on the Moon, Hiding in Plain Daylight 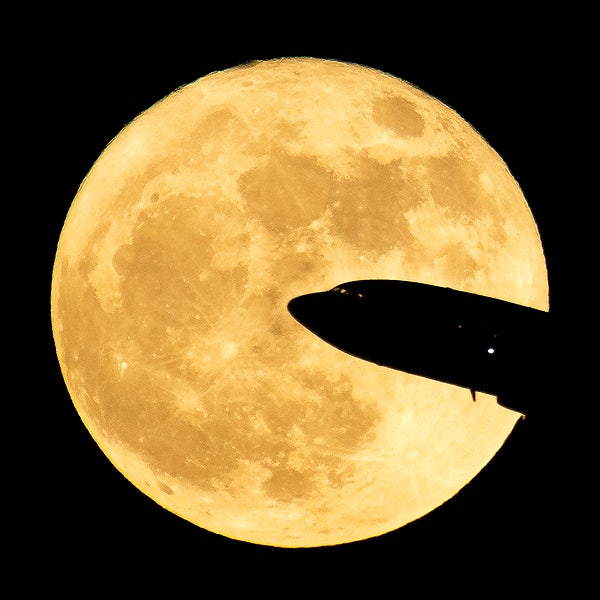 NASA’s high-flying SOFIA telescope has detected the presence of water on the sunlit surface of the Moon.  This development may make manned missions to our closest neighbor all the easier, as astronauts bound for the lunar surface won’t have to lug as much of the heavy yet supremely vital substance with them on the quarter million-mile journey there.

Mounted onboard a modified Boeing 747SP jetliner, the 106-inch (2.7 meter) Stratospheric Observatory for Infrared Astronomy (SOFIA) can view the heavens at an altitude of 45,000 feet, about 10,000 feet higher than the typical cruising altitude for an airliner.  This height places the instrument above 99% of the water vapor in Earth’s atmosphere, allowing SOFIA an unfettered view of the universe’s infrared wavelengths.

The telescope was designed to look at distant objects, so it was unknown as to whether or not it could be used to reliably image an object as close as the Moon.  In 2018 a test of this idea was executed, with SOFIA’s Faint Object infraRed Camera for the SOFIA Telescope (FORCAST) trained on the southern lunar hemisphere’s large Clavius Crater.

It was during this test that SOFIA gathered the data that showed the presence of water in the 231-kilometer (144-mile) crater, at the time exposed to the moon’s full daytime sunlight. Specifically, it recorded the 3 micrometer (µm) spectral lines indicative of hydrogen-oxygen compounds; although at this wavelength it is impossible to tell the familiar H2O from a close chemical relative called hydroxyl (OH), the researchers were able to isolate a wavelength that is unique to water, 6 µm, reflecting from the lunar surface.

The strength of the signal also indicated that there was a fair amount of water present in the regolith, with a concentration of between 100 and 412 parts per million. For comparison, the Sahara desert is 100 times wetter, but even that comparatively low concentration means that a single cubic meter (35.3 cubic feet) of lunar soil holds enough water to fill a 12-ounce can of soda-pop (355 milliliters).

Although there have been indications of the presence of water ice hiding in the shadows of the craters at the Moon’s poles, it was assumed that any water exposed to the vacuum and harsh sunlight experienced at the lunar surface would evaporate immediately. “Without a thick atmosphere, water on the sunlit lunar surface should just be lost to space,” according to the lead author of one of the studies, Casey Honniball, a postdoctoral fellow at NASA’s Goddard Space Flight Center. “Yet somehow we’re seeing it. Something is generating the water, and something must be trapping it there.”

NASA’s research teams working on the data are still unsure as to how water ice is able to survive exposure to full sunlight, although there are a number of ideas being put forward to explain this. One is that micrometeorites that contain minute amounts of water rain down on the lunar surface, depositing a steady supply of water there. Another is that the solar wind deposits elemental hydrogen on the Moon, where it undergoes a chemical reaction with oxygen-bearing minerals in the soil to create hydroxyl; further bombardment from micrometeorite strikes could force a second hydrogen atom into the hydroxyl’s HO formula, transforming it into water.

“We had indications that H2O–the familiar water we know–might be present on the sunlit side of the Moon,” explained Paul Hertz, director of the Astrophysics Division in the Science Mission Directorate at NASA Headquarters in Washington. “Now we know it is there. This discovery challenges our understanding of the lunar surface and raises intriguing questions about resources relevant for deep space exploration.”

NASA’s plans to return to the Moon involves sending Artemis program astronauts to the Moon’s south polar region, specifically Shackleton crater, a location chosen primarily because of the possible presence of water ice hiding in the crater’s shadows.

If SOFIA’s discovery pans out, this could open up even more regions of the Moon to water harvesting by long-term explorers.