The Solar System Had a Gentle Formation, According to a Trans-Neptunian Snowman 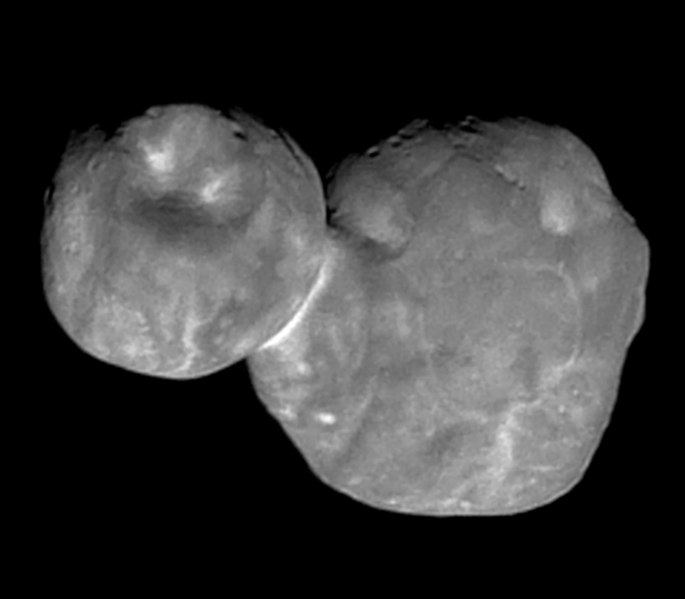 Data collected from the New Horizons space probe’s 2019 flyby of a snowman-shaped object at the edge of the solar system has settled a debate about how the early solar system formed.

Previously, there had been two prevailing theories regarding how this happened: either the matter in the proto-planetary disk smashed together violently—eventually forming the Sun, planets and other bodies within the system—or the matter involved clumped together in a much more gentle fashion. The data gathered by New Horizons of Arrokoth, an object 6.7 billion kilometers (4.2 billion miles) from the Sun that appears to have remained well preserved since the solar system‘s formation nearly 4.6 billion years ago, appears to have settled that debate.

“There was the prevailing theory from the late 1960s of violent collisions and a more recent emerging theory of gentle accumulation,” explains Dr Alan Stern, the principal investigator of the New Horizons mission. “One is dust and the other is the only one standing. This rarely happens in planetary science, but today we have settled the matter.”

Arrokoth, formerly called Ultima Thule, is a celestial body called a contact binary, a single entity formed from two smaller objects that wound up in an orbit so close that they eventually came to settle on one another, resulting in Arrokoth’s distinctive snowman-like shape.

Arrokoth’s larger lobe appears to have formed from eight or more smaller objects that fused together before the 21 kilometer (13 mile) object connected with its smaller (15 kilometer/9 mile-wide) companion. Both lobes show no evidence of a violent impact, showing no stress fractures or flattening, indicating that the two components came into contact gently.

“It is nice to have this evidence because the crashing together theory was a nice theory, but there were some challenges to it,” according to Dr Maggie Aderin-Pocock, co-host of the BBC’s Sky at Night program. “Why did the objects stick together and not bounce apart. There was a lot that didn’t add up.”

Arrokoth is a Powhatan/Algonquian word that is thought to have meant “sky”; unfortunately, the exact meaning and pronunciation of the word remains unknown, as the Powhatan language went extinct in the late 18th century. Arrokoth’s earlier nickname—Ultima Thule, Latin for “farthest Thule”—was meant to allude to the most distant place beyond the borders of the known world. However, the name generated controversy because of its use by Nazi occultists as the supposed mythical origin of the Aryan race.