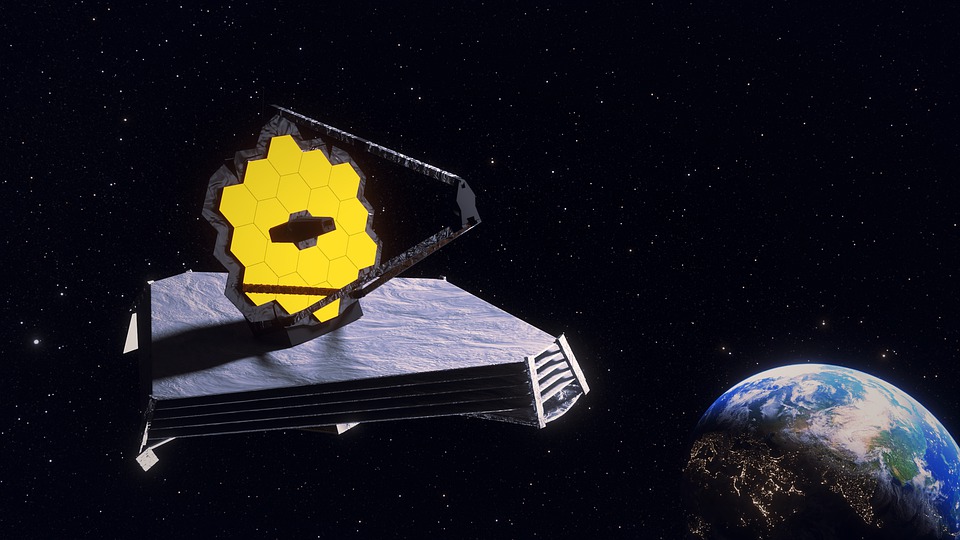 The James Webb Space Telescope has successfully reached its orbital position nearly one million miles from Earth, following the weeks-long delicate and complicated procedure required to unfold the spacecraft into its proper operating configuration. With an ability to see deeper into the infrared and sporting a primary mirror with more than five times the area of the one equipped on the Hubble Space Telescope, JWST is expected to peel back the deepest layers of the universe, allowing researchers further insight into the secrets of the cosmos.

On January 24 the James Webb Space Telescope reached its destination at the L2 (Lagrange 2) point, a position 1,500,000 kilometers (930,000 miles) from Earth, on the side of the planet directly opposite from the Sun. Three days after its Christmas Day launch, the spacecraft began the process of unfurling its series of tennis court-sized sunshields, kicking off a series of hundreds of steps required to properly unfold the craft’s components; this process was a nail-biter, as the failure of any one of the 344 single-point failure steps could bring an abrupt end to the multi-decade, $10 billion spacecraft’s mission.

However, the years of meticulous planning by JWST’s designers paid off, and the final step in the spacecraft’s assembly—the locking in place of the port-side wing of the telescope’s 6.5 meter (21 foot) primary mirror—successfully took place on January 8. Sixteen days later, JWST arrived at its orbital insertion point around the Sun-Earth L2 point.

“Webb, welcome home!” said NASA Administrator Bill Nelson. “Congratulations to the team for all of their hard work ensuring Webb’s safe arrival at L2 today. We’re one step closer to uncovering the mysteries of the universe. And I can’t wait to see Webb’s first new views of the universe this summer!”

JWST has already started the months-long process of cooling its systems down to 50 Kelvin (-223°C or -370°F), a temperature necessary for its delicate sensors to operate properly, and is expected to begin imaging the depths of the universe this summer. In the meantime, JWST will undergo calibration procedures, with the first planned target to calibrate the alignment of its primary mirror being a faint Sun-like star in Ursa Major called HD 84406.