Spacecraft or Secret Weapon? China May Have Developed a Hypersonic Missile 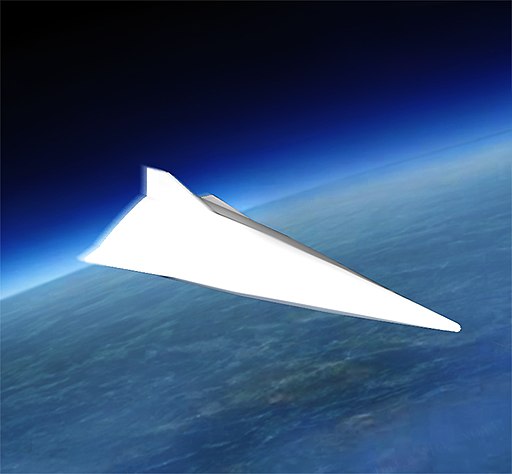 China conducted two successful hypersonic vehicle tests over the summer, feared by US intelligence officials to be high-speed nuclear delivery systems. The tests surprised US officials in what appears to be an apparent leap in spacecraft technology that went unnoticed by intelligence analysts in the west. If these reports are accurate, this means that China has developed a nuclear delivery system that other countries—including the US—have yet to develop, and a potential failure on the part of the US intelligence community.

The Chinese foreign ministry asserts that these tests, conducted on July 27 and August 13, simply involved new space plane designs, and not a nuclear-capable vehicle. “This was a routine test of a space vehicle to verify technology of spacecraft’s reusability,” according to ministry spokesperson Zhao Lijian. These two tests were, however, unannounced; Chinese officials had announced the earlier test of a spacecraft on July 16. China has been making significant strides in the advancement of its space program, with the Chang’e 4 rover having recently celebrated its 1000th day exploring the Moon, and the arrival of three taikonauts (from the Chinese word for “space” and the Greek word for “sailor”) at the Tiangong Space Station for a six-month stay.

If these vehicles were indeed hypersonic missiles, then China has managed to develop this type of high-speed weapons delivery system before both Russia and the US, a development that the US intelligence community failed to uncover. An arms race to produce these high-speed missiles, capable of traveling at more than five times the speed of sound, has been underway for years, an advancement that could allow a potential attacker’s weapons to evade the target country’s missile defense systems. Regardless of their true nature, the test vehicle launched aboard a Chang Zheng (Long March) 2C rocket on August 13 performed a complete orbit of the Earth before “miss[ing] its target by about two-dozen miles”, according to the Financial Times.

“Hypersonic glide vehicles… fly at lower trajectories and can maneuver in flight, which makes them hard to track and destroy,” according to Taylor Fravel, a professor at the Massachusetts Institute of Technology who is an expert on Chinese nuclear weapons policy.

Hypersonic weapons come in two flavors: powered cruise missiles and unpowered glide vehicles. The powered variety operate in a manner similar to conventional cruise missiles, although they are powered by a special engine called a scramjet designed to capitalize on the vehicle’s high speed to compress the air taken in by the engine.

It is, however, the unpowered glide vehicle type that is causing concern amongst defense officials. The concept of a hypersonic glide device is fairly simple: the vehicle is launched to a high altitude via a conventional rocket, and then uses that altitude to build up tremendous speed as it descends; commonly-known examples include spaceplanes such as the Space Shuttle orbiter and the Air Force’s X-37B robotic spacecraft.

When this concept is applied to a nuclear weapon, however, the payload of a nuclear-tipped ICBM takes on a new dimension: while traditional gravity-powered warheads fall to their targets well above hypersonic speeds, they fall along a mathematically-predictable parabolic course that allows anti-warhead defenses to reliably track the incoming bombs—if they haven’t already been intercepted during their 20 minute transit above the atmosphere.

But a warhead with hypersonic glide capabilities can be brought down into the atmosphere sooner than traditional warheads, allowing it to bypass space-based defenses (the most vulnerable phase of an in-transit nuclear weapon’s journey) and to be steered like a high-speed aircraft at lower altitudes, allowing it to evade air and ground-based defenses. Additionally, the vehicle can also be what is called a “waverider” design, allowing the projectile to generate additional lift by riding its own shockwave, helping to extend the vehicle’s range by maintaining its altitude during flight.

“If you use that kind of an approach, you don’t have to use a traditional ICBM trajectory. It’s a way to avoid defenses and missile warning systems,” according to US air force secretary Frank Kendall.